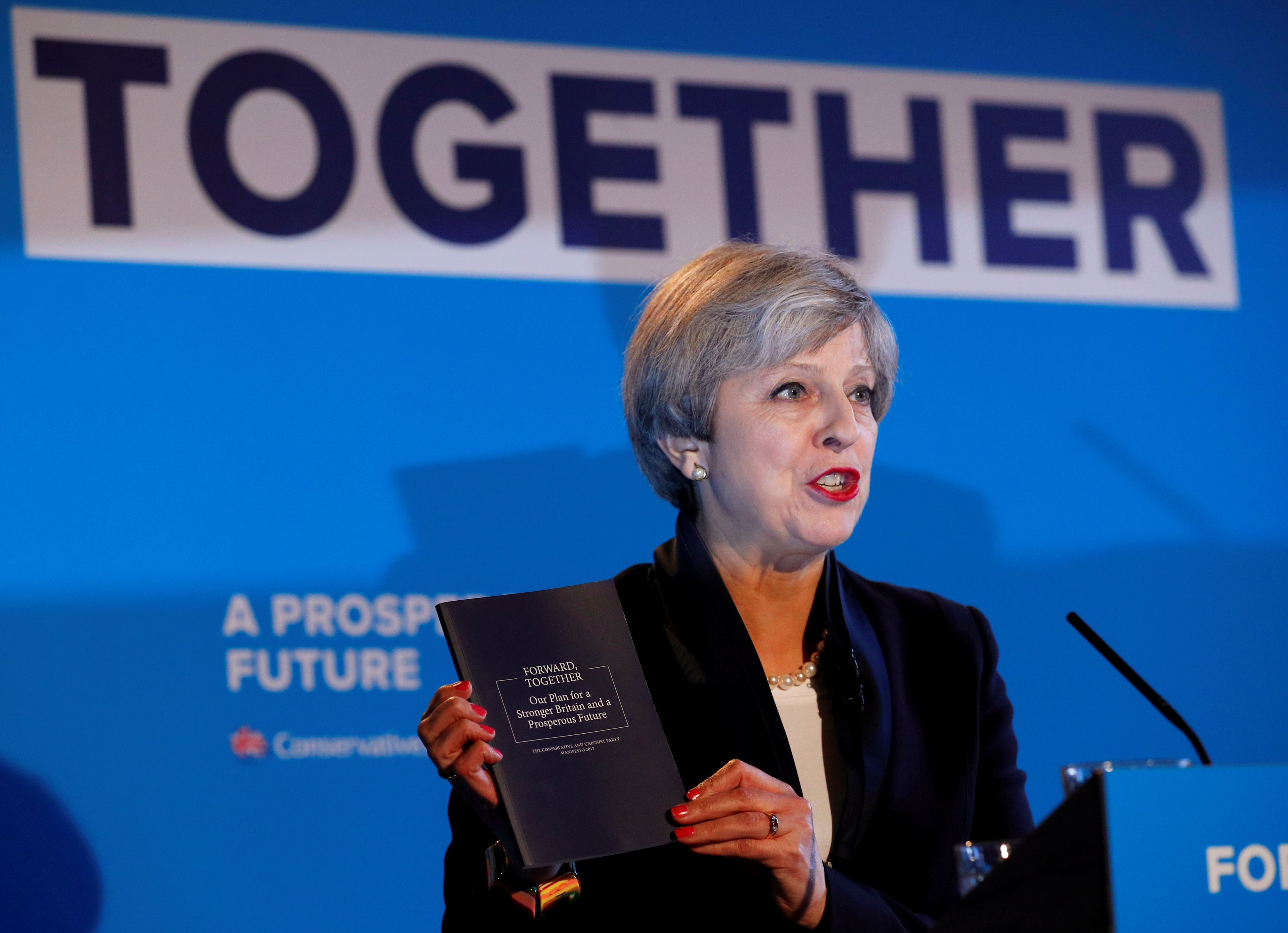 Britain’s Tory party will slash migration and quit the EU without a deal if need be should it win a June 8 election. But its leader has left herself room to make Brexit very hard or relatively soft. That’s artful, but ensures adherents of one or the other will be disappointed.

Companies based in Britain will pay double the current 1,000 pound levy for hiring non-European Union workers if the Conservatives win Britain’s election on June 8.

Setting out the party’s manifesto, Prime Minister Theresa May said companies employing migrant workers would have to pay 2,000 pounds a year by the end of the parliament.

May also reiterated a pledge to get annual net migration down to “the tens of thousands” by increasing earnings thresholds and toughening visa requirements for students coming from outside the European Union, while also establishing a policy to reduce and control EU migration.

May repeated a belief that no exit deal with the EU was better than a bad deal, and said the days of Britain making vast annual contributions to the EU would end. However, she also committed to a “fair settlement of the UK’s rights and obligations as a departing member state”.

May said she would no longer commit to the state pension rising at 2.5 percent a year and would instead fix it to the higher of earnings growth and inflation. She also committed to erasing the country's budget deficit by the middle of the next decade, compared to “as soon as possible after 2020” as disclosed in November’s Autumn Statement.