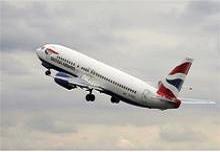 On Jan. 18, Heathrow Airport Holdings said it would sell London’s Stansted airport to Manchester Airports Group (MAG) for 1.5 billion pounds. The seller, formerly known as BAA, is 44.27 percent owned by Ferrovial of Spain, with the rest held by four other investors. Heathrow expects the deal to close in February.
MAG is currently owned by the 10 local authorities of the Greater Manchester region and runs Manchester, East Midlands and Bournemouth airports. The deal will be funded through investment-grade debt, and through new equity provided by Industry Funds Management. IFM, an infrastructure investor owned by 30 Australian pension funds, will receive a 35.5 percent stake in MAG in return for its investment.
Stansted’s estimated EBITDA for 2012 is 94.2 million pounds, with a regulated asset base (RAB) of 1.343 billion pounds.