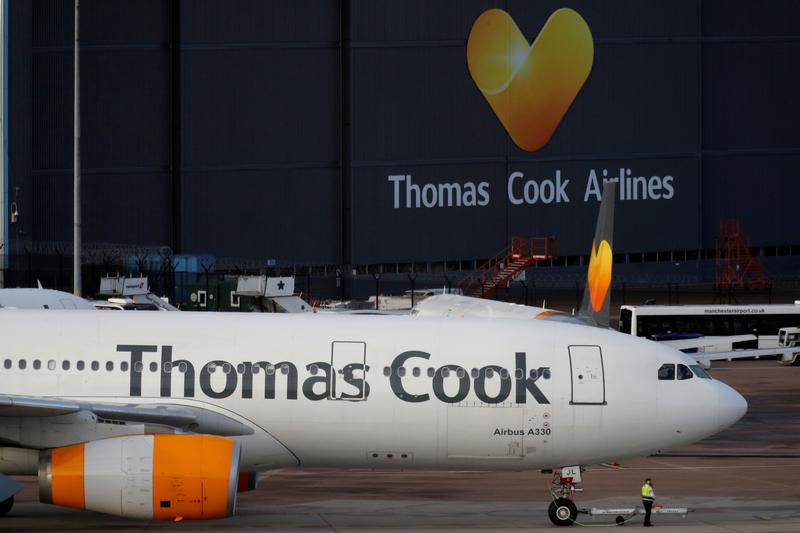 The UK government refused a 150 mln pound bailout of the travel firm, citing moral hazard, but will fund the repatriation of thousands of stranded Brits. A chaotic departure from the EU will leave more businesses ailing. That will test Prime Minister Boris Johnson’s tough stance.

A grounded airplane with the Thomas Cook livery is seen at Manchester Airport, Manchester, Britain September 23, 2019.

Britain’s Thomas Cook, the world’s oldest travel firm, collapsed into administration on Sept. 23, stranding hundreds of thousands of holidaymakers around the globe.

The 178-year-old firm, which ran resorts and airlines for 19 million people in 16 countries every year, currently has 600,000 people overseas, forcing governments and insurance companies to launch a vast repatriation effort.

Thomas Cook had been struggling under the weight of 1.7 billion pounds of debt. A 900 million pound recapitalisation plan involving China’s Fosun Tourism, its largest shareholder, fell apart after banks demanded another 200 million pounds in underwritten funds.