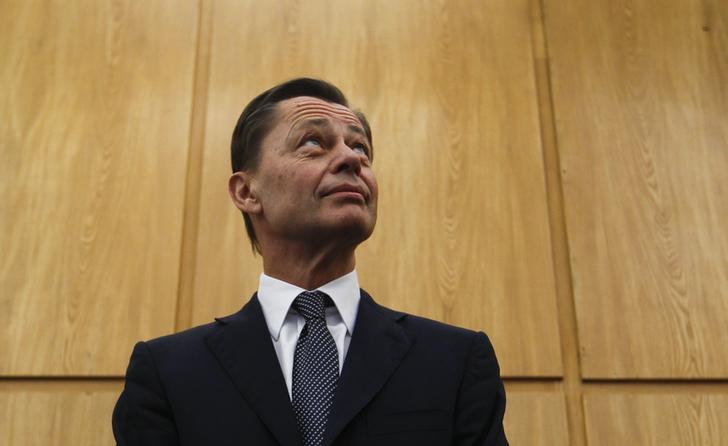 The disgraced German businessman has been sentenced to a three-year jail term for misusing funds at now-defunct retailer Arcandor. The flamboyant former Bertelsmann chief stumbled over his bling-bling lifestyle. Narcissism among corporate executives now has a new price.

Former CEO of Arcandor Thomas Middelhoff reacts as he listens to his verdict at the regional court in Essen November 14, 2014.

A German court on Nov. 14 found businessman Thomas Middelhoff guilty of misusing company funds of now-defunct retailer Arcandor. He was sentenced to three years in prison.

Middelhoff, 61, is one of Germany’s best-known managers. From 1998 to 2002, he was the chief executive of media group Bertelsmann. From 2005 to 2009, he was at the helm of Arcandor, a department-store chain that had to file for bankruptcy. He was accused of taking private trips on chartered aircraft while being Arcandor’s CEO.

Middelhoff will probably file an appeal against the verdict.