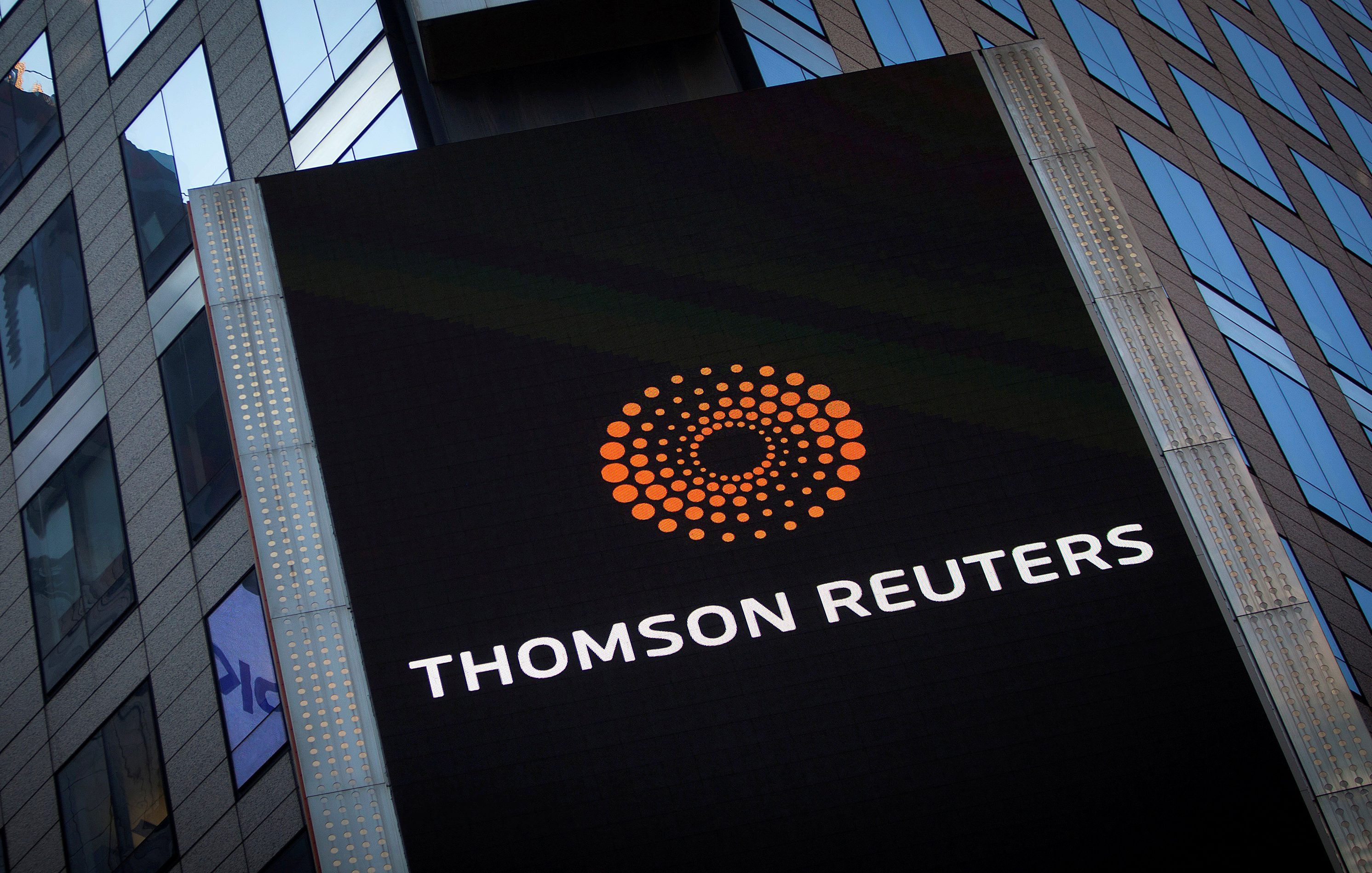 If the financial data provider clinches a $27 bln takeover by the London Stock Exchange, the buyout firm will make a handsome return. Yet an insurance policy designed to protect its downside works in its Canadian co-investor’s favour. Thomson Reuters may almost triple its money.

The Thomson Reuters logo is seen on the company building in Times Square, New York October 29, 2013.

London Stock Exchange Group confirmed on Aug. 1 that it had agreed to acquire financial data provider Refinitiv for $27 billion, including debt.

LSE said it would issue shares to Refinitiv’s owners, a group that includes funds controlled by private equity giant Blackstone Group as well as Thomson Reuters, which owns Breakingviews. After the deal those investors would own about 37% of LSE’s enlarged share capital, though they would limit their voting rights to less than 30%.

A consortium led by Blackstone in 2018 acquired a 55% stake in Thomson Reuters’ financial data division, subsequently renaming the business Refinitiv. The business generated revenue of $6.3 billion and EBITDA of $1.6 billion in 2018.