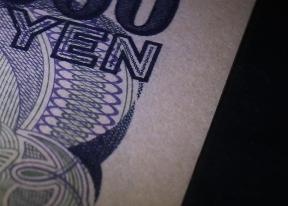 The yen is no longer a one-way bet. The Japanese currency has slumped to 100 against the dollar for the first time in four years. That’s a 16 percent slide since Shinzo Abe’s landslide election victory in December. At the time, Breakingviews predicted his victory would herald a three-digit yen. But there are good reasons to be sceptical about a further decline.

The first reason for caution is monetary aggression. Until six months ago, the U.S. Federal Reserve was a far more audacious money printer. This changed during the election campaign, when Abe denounced the Bank of Japan and promised 2 percent inflation. On April 4 Haruhiko Kuroda, the new BOJ governor, announced plans to double the monetary base in two years.

More yen means cheaper yen, but how much cheaper depends in part on the Fed’s next move. If sub-par employment and disinflation prompt the Fed to expand its $85-billion-a-month quantitative easing plan, the dollar could weaken. And if the euro zone debt crisis worsens, investors may again view the Japanese currency as a relatively safe haven.

Japan’s dependence on imported fossil fuels – which has increased since the 2011 Fukushima nuclear accident – is another factor. Politicians won’t want a sudden spike in energy costs to drag on consumer spending, offsetting gains from exports.

Then there’s currency diplomacy. The United States has so far taken a benign view of Abenomics. The G20, too, has refrained from criticizing the BOJ’s aggressive monetary easing. But if the yen weakened by, say, another 20 percent, accusations that Japan is waging a currency war would prove harder to resist. That is something Abe wants to avoid as he tries to forge a stronger trade relationship with the United States.

Finally, a weak yen could become too much of a good thing. The yen’s sharp decline in the mid-1990s saw speculative flows of cheaply borrowed Japanese money cause a credit-fuelled boom – and painful bust – in Southeast Asia. The whole point of Abenomics is to boost Japan’s economic power in Asia and the world. The last thing the prime minister wants is to be known as the man who caused Asia’s next financial crisis.

Japan's 1,000 Yen banknote is displayed at a currency museum of the Bank of Japan in Tokyo.

The U.S. dollar rose to its highest against the yen in over four years on May 9, blasting through the 100-yen level.
The yen’s recent decline follows the Bank of Japan’s announcement on April 4 of a plan to double its monetary base in two years to meet its goal of 2 percent inflation.
BOJ Governor Haruhiko Kuroda suggested in a group interview on April 10 that there would be no additional stimulus given in coming months, and the central bank must take time to scrutinize the effect of its recent actions.
“Our belief is that we took all necessary steps to achieve the 2 percent inflation target basically in two years. We’ll examine the effect each month but that doesn’t mean we will adjust policy every month,” Kuroda said.