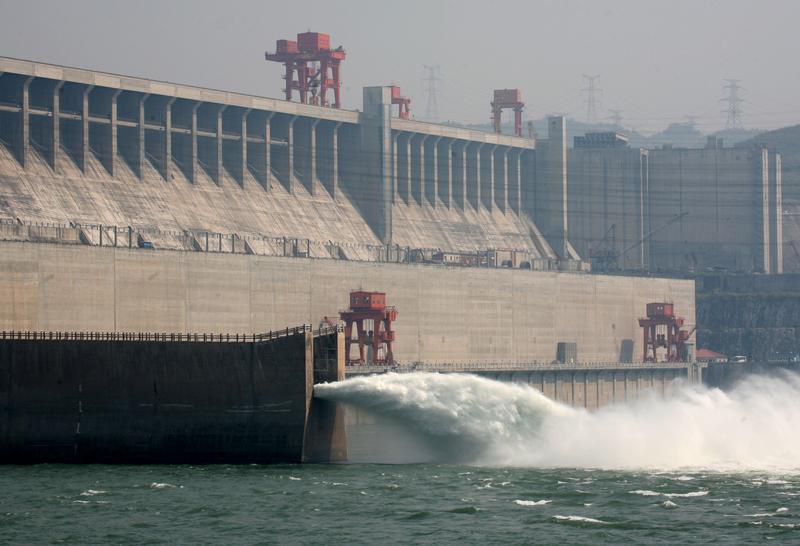 The Chinese state giant plans a $3.5 bln offer for its clean energy unit. Raising funds before the phase-out of subsidies for wind and solar projects is smart even if it will take the outfit more time to be cost-competitive with coal. A strong parent will help support the sale.

Water is released from the Three Gorges Dam on the Yangtze river in Yichang in central China's Hubei province May 17, 2006 as the construction on the dam is set to finish next week. With the last of the concrete being poured nearly a decade after China stemmed the flow of the Yangtze River to begin work, environmentalists say it should provide a cautionary tale to an energy-hungry government pushing similar hydropower dam projects. REUTERS/Reinhard Krause

China Three Gorges Renewables is planning to raise 25 billion yuan ($3.5 billion) in an initial public offering in Shanghai, according to a prospectus filing with the stock market regulator dated March 24.

The wind and solar power company, a subsidiary of state-owned China Three Gorges Corporation, will pocket the proceeds which will be used to fund seven offshore wind farm projects and replenish working capital.

The unit posted a net profit of 2.3 billion yuan in the nine months to September 2019.