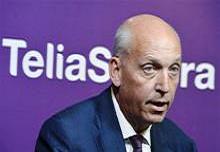 Heat from Europe’s competition czar has scuppered a merger between TeliaSonera and Telenor. Unlike the commission’s attack on Google, the logic here looks sound. Yet with telecoms valuations high this year, a rebuff like this could dampen the buzz.

Nordic telecom operator TeliaSonera and its Norwegian peer Telenor said on Sept. 11 they had dropped plans to merge their Danish units as they could not agree terms with Europe’s competition regulator.

Europe competition commissioner Margrethe Vestager said in a statement that for the two companies’ merger to have been approved, Denmark would have needed a fourth mobile network operator.

“What the parties offered was not sufficient to avoid harm to competition in Danish mobile markets,” Vestager said.