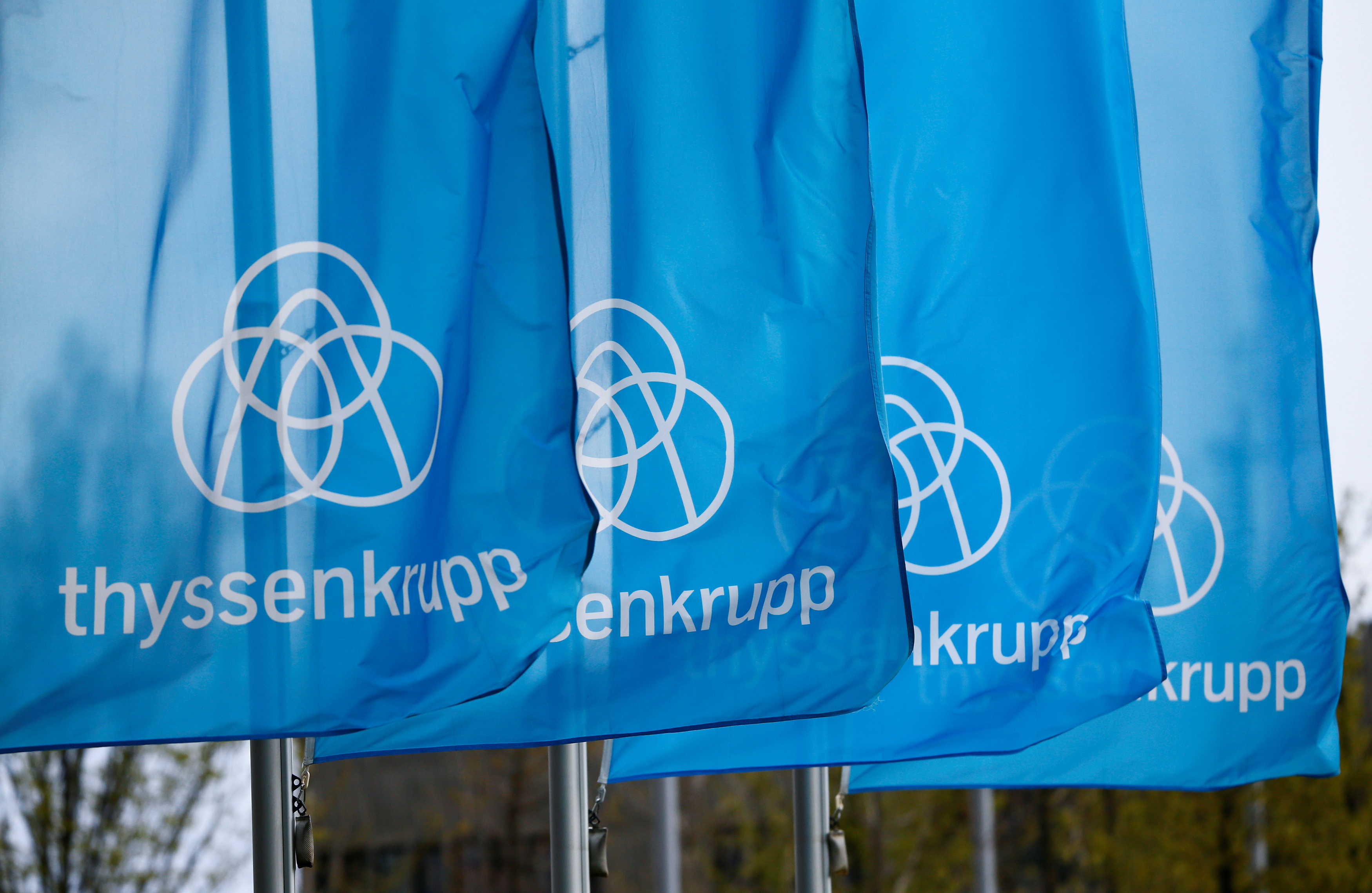 Flags with the new logo of ThyssenKrupp flutter in the wind outside the headquarters of the German steel maker and multinational conglomerate in Essen, Germany, April 27, 2016. REUTERS/Wolfgang Rattay - RTX2FH65

German industrial group ThyssenKrupp reported an operating profit excluding one-off costs of 441 million euros for the quarter ending June 30, an 18 percent drop compared to the same period a year earlier. Sales and order intake over the same period both fell by 12 percent compared to 2015.

ThyssenKrupp confirmed its forecast of generating an operating profit, adjusted for one-offs, of at least 1.4 billion euros for the full year to end-September, having made 1 billion euros in the first nine months. The group’s net debt rose by 9 percent to 4.8 billion euros, while its total equity shrank 23 percent to 2.7 billion euros.