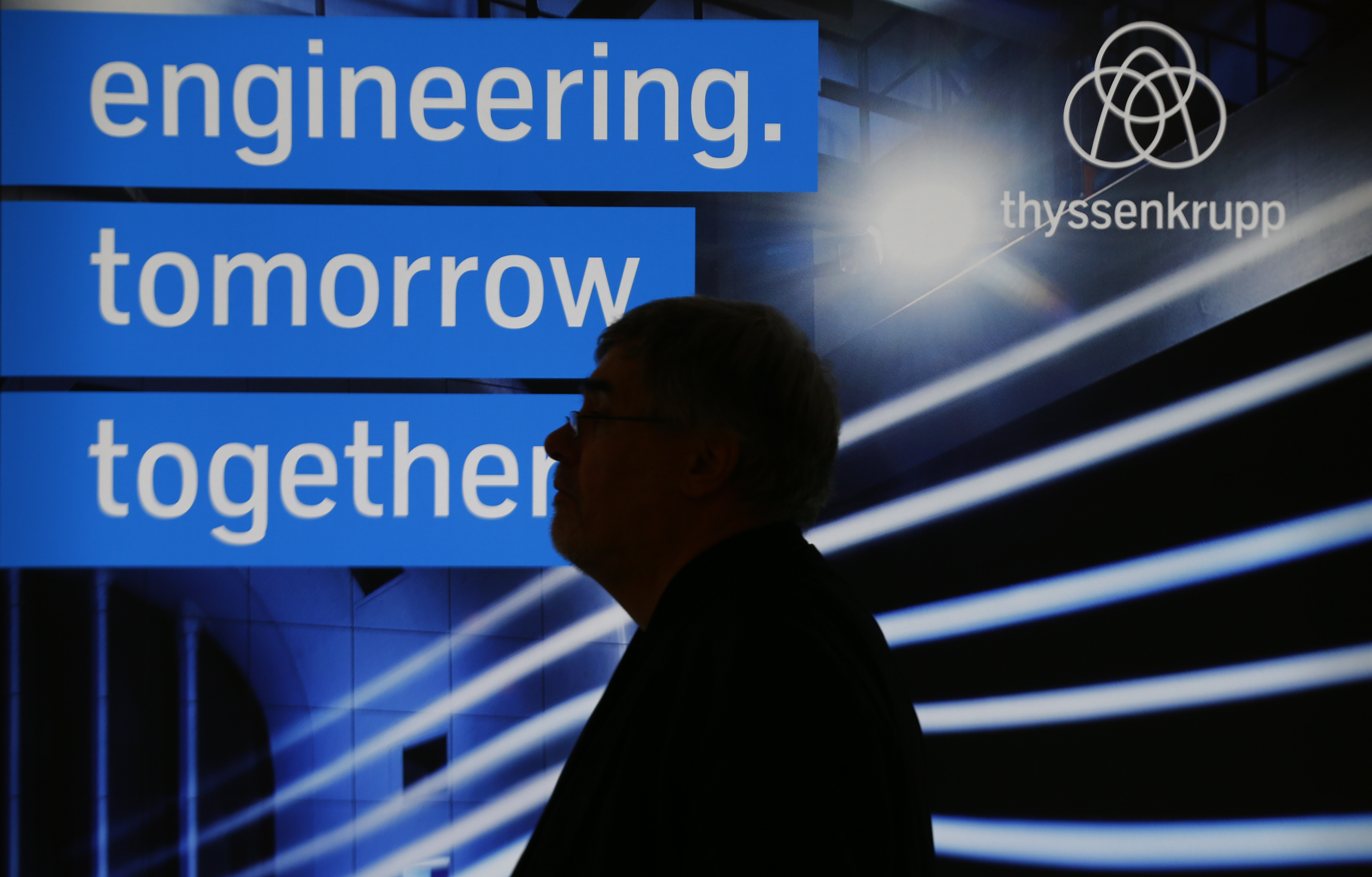 The German engineer and Tata Steel are talking about pooling European steel assets, says a German press report. Closing plants would be politically fraught – look at the row over Tata’s UK operations. But it’s necessary, and Thyssen has shown restructuring mettle before.

A participant walks past a poster of Germany-based technology holding company ThyssenKrupp AG during the company's annual shareholders meeting in Bochum, western Germany.

German engineering group Thyssen’s supervisory board has not yet discussed a possible tie-up, a source familiar with the situation told Reuters on April 1.

Tata Steel said on March 30 that it planned to sell its UK steelmaking business.