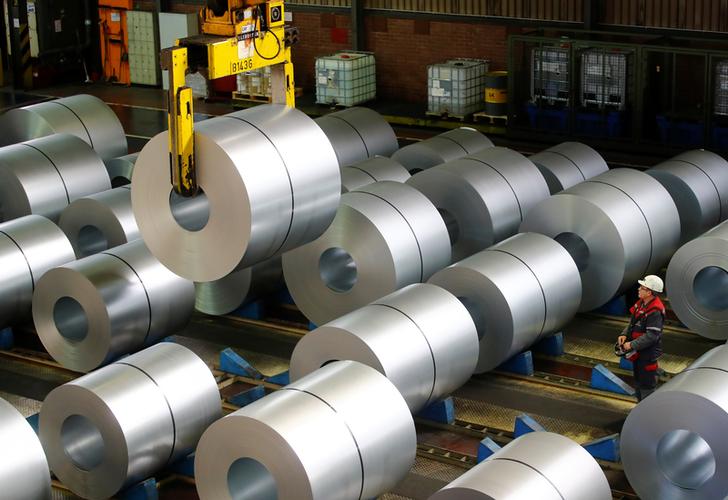 The ailing giant’s steel arm lost 950 mln euros last year and is a major carbon dioxide polluter. Right now it would cost a bomb to convert the division into a hydrogen-powered, low-carbon star. Still, extending subsidies would chime with Berlin’s commitment to a green recovery.

A crane operator lifts up a finished steel coil at the storage and distribution facility of German steel maker ThyssenKrupp in Duisburg, Germany, January 30, 2020.

Thyssenkrupp on Nov. 19 reported a 1.6 billion euro operating loss for the 2019-2020 financial year as the coronavirus hammered demand from the car industry, its biggest client.

The ailing German conglomerate announced a further 5,000 redundancies as sales for the 12 months to the end of September fell 15% to 28.9 billion euros.

The firm’s steel division suffered a 946 million euro operating loss for the period. Thyssenkrupp said it was looking at “various competing options” to transform the unit, a major carbon dioxide emitter, into a “green steel” producer. A final decision would come in the spring, it added.