Recovering, but at a price 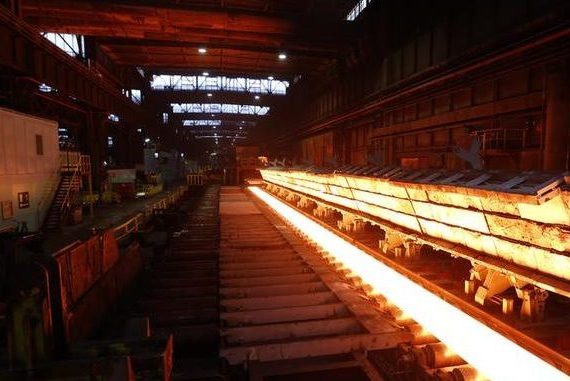 After three years of losses, the German engineer’s annual results showed 195 mln euros of earnings. Cost-cutting is ahead of plan, orders are up and debt is down. A surprise dividend shows new confidence. On a rough 30 pct premium, the shares optimistically expect more good news.

A steel slap is seen at a hot-rolled production at ThyssenKrupp Steel Europe AG in Duisburg November 29, 2013

German steel and engineering conglomerate ThyssenKrupp is to resume dividend payments a year earlier than expected.

The group said on Nov. 20 it would pay out 0.11 euro a share for the year to end-September.

After three years of net losses, ThyssenKrupp earned a net profit of 195 million euros or 0.38 cents per share.

Under Chief Executive Heinrich Hiesinger, who took the helm in 2011 and whose contract has just been extended until 2020, ThyssenKrupp has been shifting to higher-margin capital goods businesses like supplying car parts, from more cyclical steelmaking activities.

ThyssenKrupp made savings of 1 billion euros in 2013/14, above its 850 million euro target, and hiked its total savings goal for the three years to September 2015 to 2.5 billion euros, from 2.3 billion euros.