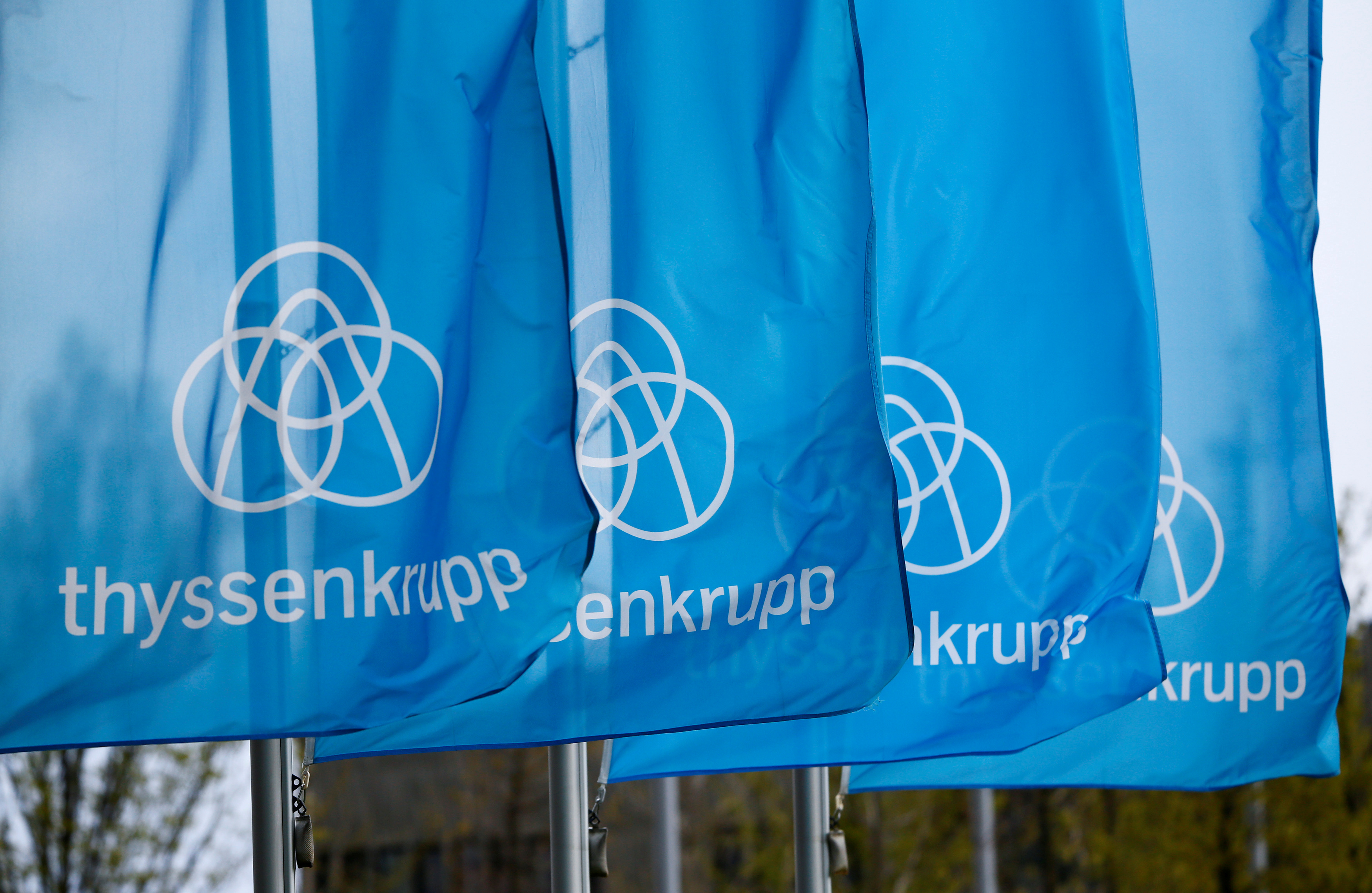 Flags with the new logo of ThyssenKrupp flutter in the wind outside the headquarters of the German steel maker and multinational conglomerate in Essen, Germany, April 27, 2016. REUTERS/Wolfgang Rattay/File Photo GLOBAL BUSINESS WEEK AHEAD PACKAGE - SEARCH 'BUSINESS WEEK AHEAD 21 NOV' FOR ALL IMAGES - RTSSKA8

ThyssenKrupp is targeting an operating profit adjusted for one-offs of 1.7 billion euros for the fiscal year ending September 2017, the German steel-to-elevators group said on Nov. 24 when publishing full-year results. The figure is below the average estimate of 1.89 billion euros from analysts polled by Reuters. It also falls short of the group’s long-term target of at least 2 billion euros, which it has said will be necessary to pay a meaningful dividend. ThyssenKrupp proposed an unchanged dividend of 0.15 euros per share for the year to September 2016.

Adjusted earnings before interest and tax fell 12 percent to 1.47 billion euros in the 12-month period, in line with the company's revised target. ThyssenKrupp blamed a slower than expected recovery in raw material prices as well as problems at its submarines-to-plant-engineering business. The division’s CEO resigned earlier this month - in the middle of a restructuring - after accepting a gift from a business partner.