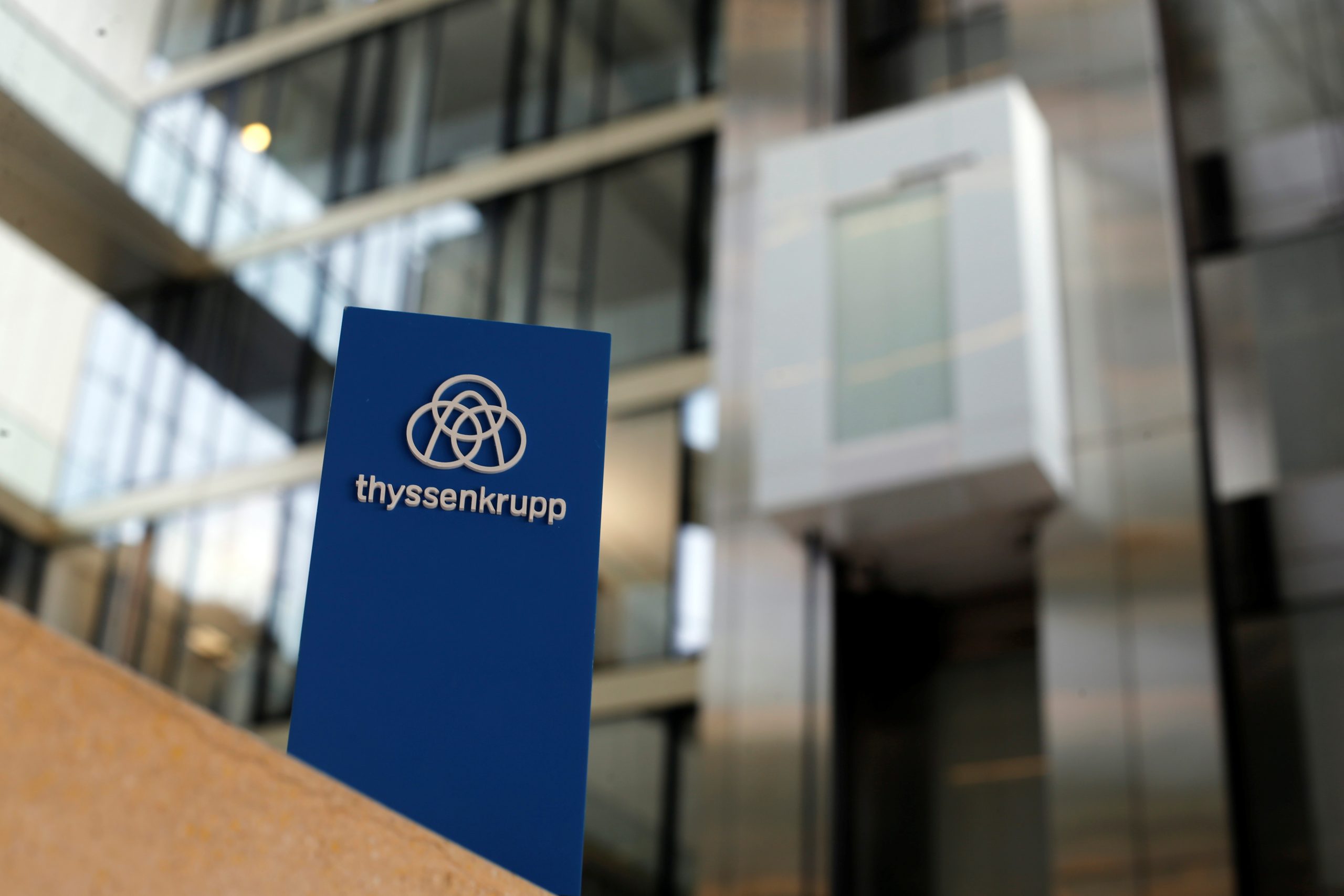 Finnish lift maker Kone is offering 17 bln euros for the German steel giant’s elevator unit. That’s 6% more than the closest private equity bid. But competition regulators could hold up the juicier deal. Given its dismal profitability, Thyssenkrupp may prefer the cleaner option.

The logo of Thyssenkrupp is seen near elevators in its headquarters in Essen, Germany, November 21, 2019.

Kone’s offer represented a premium of around 1 billion euros over the highest other bid, Reuters reported.

Three private equity-led consortia are bidding for the unit. Advent International and Cinven are teaming up with Abu Dhabi Investment Authority and Germany's RAG-Stiftung. Another group includes Blackstone, Carlyle and the Canada Pension Plan Investment Board, while the last is made up of Canada’s Brookfield Asset Management and Singapore’s Temasek. Japan’s Hitachi is also interested, according to Reuters.