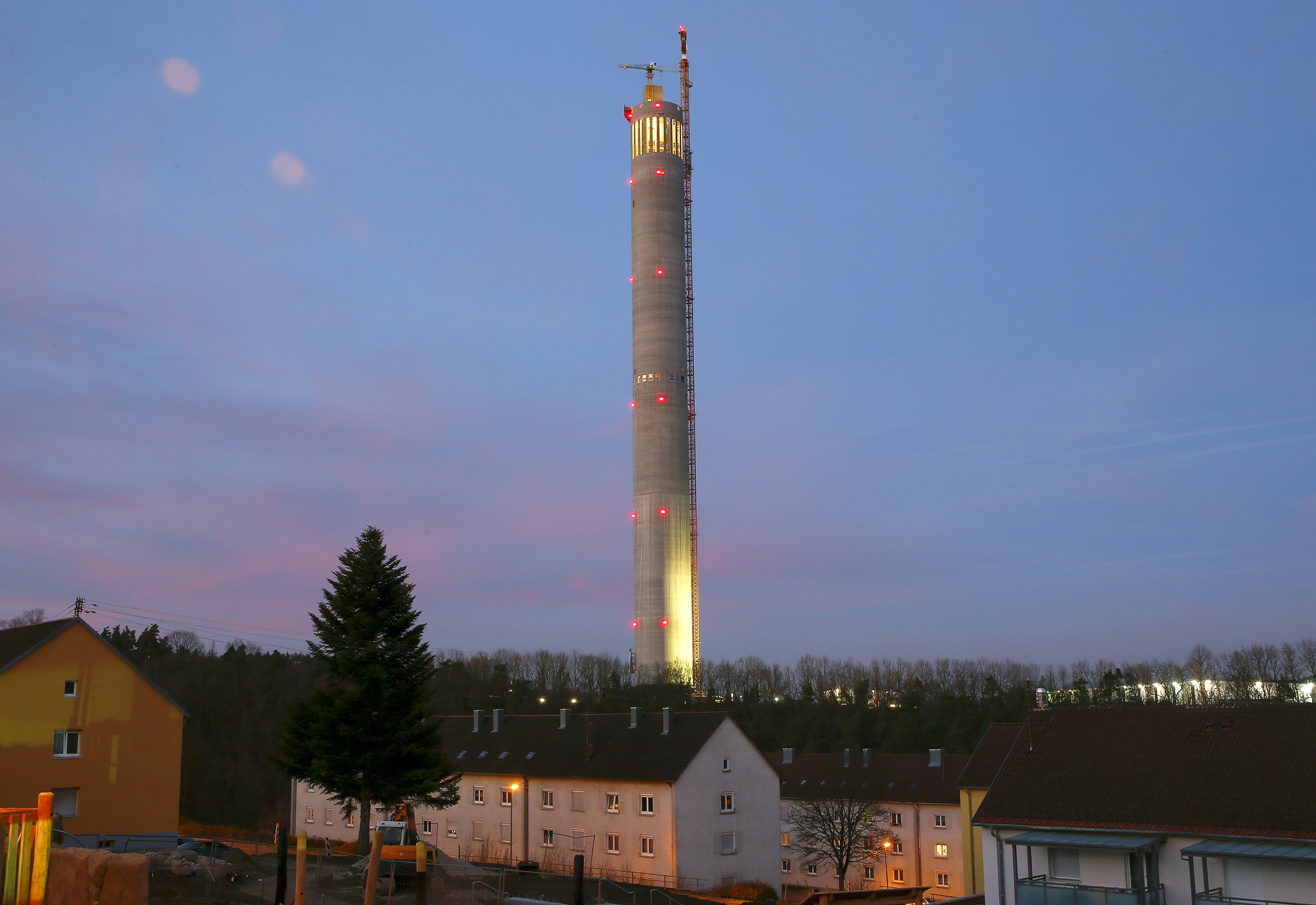 Europe’s steel crisis is hitting even the most efficient players hard: German group ThyssenKrupp lowered its operating profit outlook by a fifth after a poor quarter. The ongoing slump increases the pressure on boss Heinrich Hiesinger to team up with Tata or another rival.

The construction site of an elevator test tower of German elevator-maker ThyssenKrupp is seen in the town of Rottweil, Germany.

German industrial group ThyssenKrupp cut its full-year forecasts on May 10 on a drop in prices for materials including steel that it said were sharper and longer-lasting than it had expected.

The Essen-based group said it now expected full-year operating profit adjusted for one-offs of at least 1.4 billion euros, versus its previous forecast for 1.6 billion to 1.9 billion euros and the Reuters poll average of 1.49 billion.

“While we are now seeing a recovery in material prices, it is coming later than we originally expected and from a lower level and will also be reflected in our figures with a time lag,” Chief Executive Heinrich Hiesinger said in a statement.

ThyssenKrupp also cut its full-year forecasts on Tuesday for net profit and free cashflow before mergers and acquisitions, saying it now expected stable profit instead of a clear improvement, and breakeven free cashflow at best.