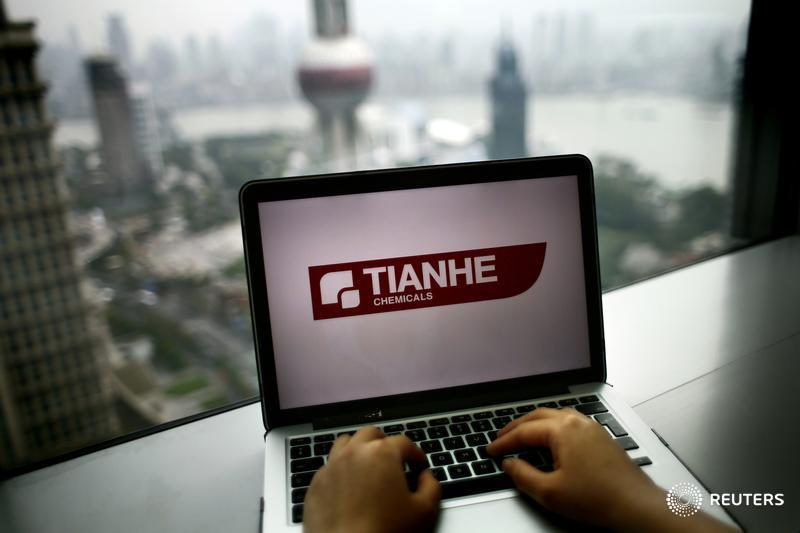 Investors in Tianhe Chemicals are selling first and asking questions later. Shares in the Chinese company plunged by as much as 45 percent when they resumed trading after anonymous fraud allegations. Despite the company’s detailed rebuttal, some of the dirt has stuck. Big shareholders may have to reach into their pockets to restore confidence.

It’s more than a month since a mysterious group calling itself Anonymous Analytics first published an online report accusing Tianhe of fraud. On Oct. 8, the company finally issued its 55-page response. It also released preliminary figures that showed third-quarter revenue rose by 37 percent. Still, investors ran for cover. In heavy trading on the morning of Oct. 9, Tianhe’s shares fell as low as HK$1.26, well below the HK$1.80 at which the company priced them at the time of its initial public offering in June.

Tianhe’s response punches some big holes in Anonymous Analytics’ initial claims. The research group said the company had not actually paid the taxes reported in its financial statements: Tianhe produced letters from two local Chinese tax bureaus saying it had. Anonymous Analytics argued that the company’s reported sales of anti-mar, a chemical agent which prevents smudging, were double the size of the global market. Tianhe pointed out that anti-mar has many other applications.

Such a public dispute, however, cannot fully dispel doubts. For example, Tianhe sells anti-mar through trading companies. As a result, it is still frustratingly vague about which manufacturers use its products.

Tianhe executives are understandably annoyed that they have to defend the company from unnamed assailants. Nevertheless, some big reputations are on the line. Morgan Stanley’s private equity arm owns a big stake in the company. Moreover, if Tianhe’s IPO prospectus turns out to have misled investors, the sponsors who handled the offering could be criminally liable.

After a month of being unable to trade the shares, some investors have clearly decided to sell. The best way for Tianhe’s main backers to demonstrate their continuing faith in the company would be to buy. Chief Executive Xuan Wei says he has already started to do so. Investors will be watching to see if others follow.

Picture illustration shows a company logo from Tianhe Chemicals on a laptop screen at the financial district of Shanghai September 3, 2014 REUTERS/Carlos Barria

Shares in Tianhe Chemicals fell by as much as 45 percent on Oct. 9, as trading resumed more than a month after the Chinese company faced anonymous fraud allegations.

On Oct. 8, Tianhe published a 55-page rebuttal to allegations made by a group calling itself Anonymous Analytics.

Tianhe said the reports “have twisted facts and intertwined fiction”. “This type of anonymous and hyperbolic market discourse has no accountability for truth,” the company said.

Tianhe also published unaudited figures for the three months to September 2014 which showed that revenue was up 37 percent at 1.86 billion yuan ($303 million), while gross profit was 1.22 billion yuan, up 44 percent.