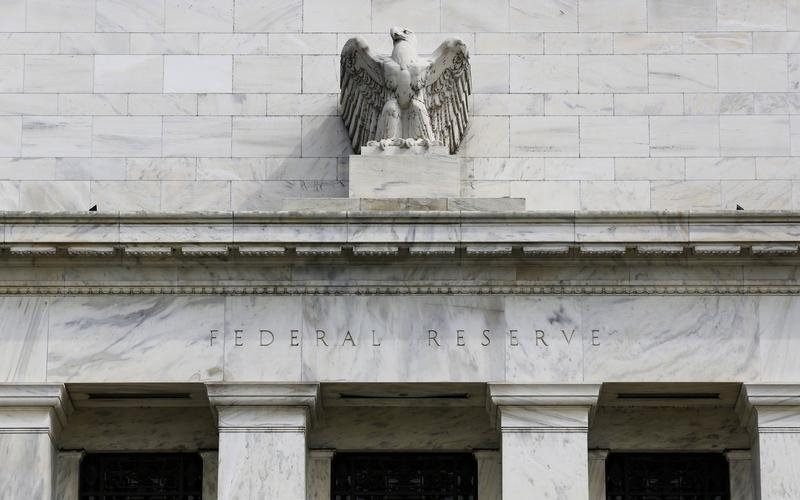 December’s relatively weak jobs and wage growth gives policymakers a breather. But with 2.1 mln positions created in 2017 and unemployment historically low, long-awaited pay increases – along with new tax cuts – could soon start stoking inflation. That would force the Fed’s hand.

A view shows an eagle sculpture on the Federal Reserve building in Washington August 22, 2012.

U.S. nonfarm employment increased by 148,000 in December and the unemployment rate was unchanged from the previous month at 4.1 percent, the U.S. Bureau of Labor Statistics reported on Jan. 5. For all of 2017, the economy added 2.1 million jobs, down slightly from 2.2 million in 2016.

The biggest job gains in December and all of 2016 occurred in the healthcare, construction and manufacturing sectors. The retail trade saw a decline of 20,000 jobs in December and 67,000 for the full year.

Average hourly earnings rose to $26.63 an hour in December, up 9 cents or 0.3 percent from the previous month. Average earnings rose by 65 cents an hour or 2.5 percent for the entire year.