Tease for the Tillerson 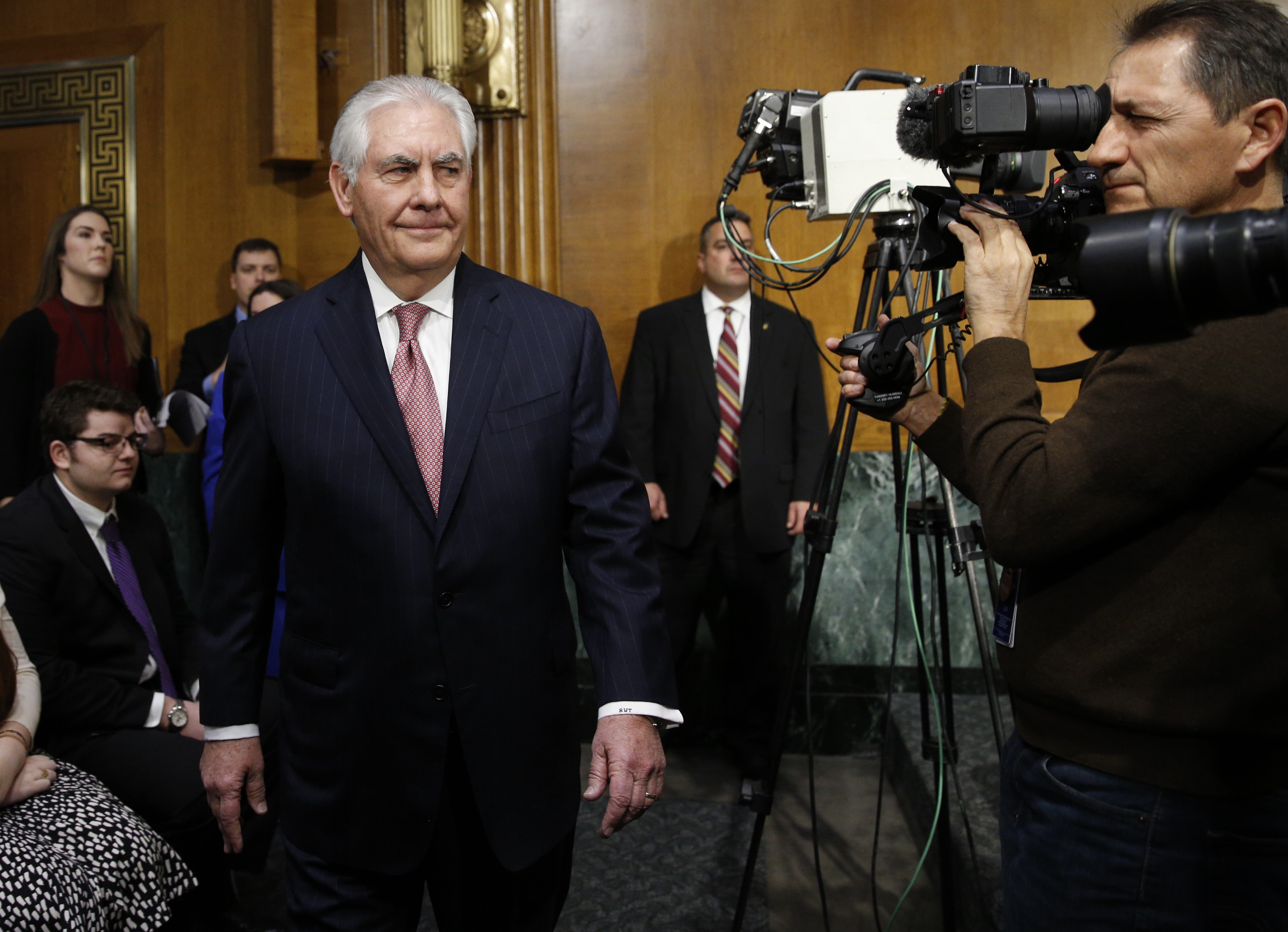 A U.S. Senate hearing mostly made the nominee for secretary of state look like a model candidate. Mealy-mouthed answers on sanctions against Russia, though, and his concern for their impact on businesses, betrayed his decades at Exxon. It’s a flashpoint even for some Republicans.

Rex Tillerson (L), former chairman and chief executive officer of Exxon Mobil, arrives prior to testifying before a Senate Foreign Relations Committee confirmation hearing on his nomination to be U.S. secretary of state, on Capitol Hill in Washington, U.S. January 11, 2017.

The U.S. Senate Committee on Foreign Relations on Jan. 11 held a hearing on the nomination of Rex Tillerson, former chairman and chief executive of Exxon Mobil, to be secretary of state in Donald Trump's administration.

Tillerson, previously scheduled to retire in March, left the $355 billion oil giant at the end of December after his nomination was announced. He had joined the company in 1975 and was chairman and CEO for a decade.

Earlier in January, the company and Tillerson agreed to sever all ties to comply with government conflict-of-interest requirements. If his appointment is confirmed, the value of more than 2 million deferred Exxon shares that Tillerson would have received over the next 10 years will be transferred to an independently managed trust, the company said in a statement. These were worth about $182 million at the closing price on Jan. 3.