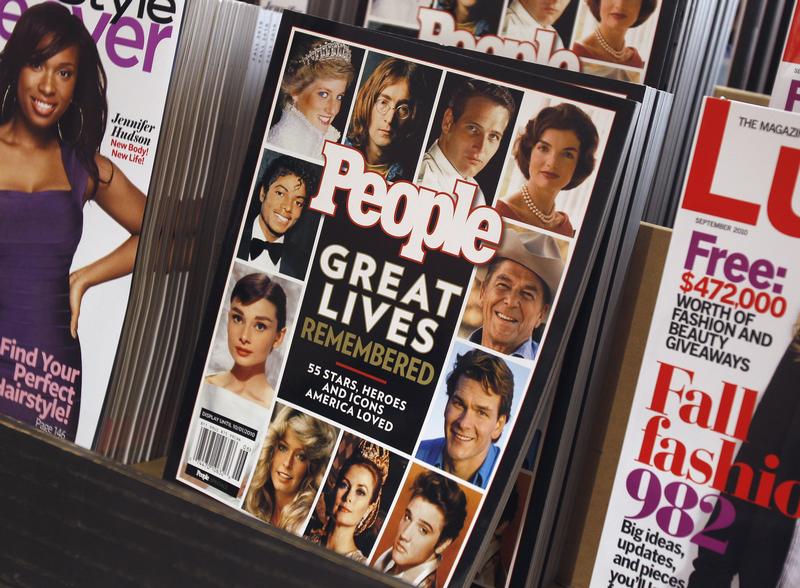 After rejecting earlier entreaties, the publisher of People and Fortune is being bought by rival Meredith at a hefty 46 pct premium. It’s a break for Time, whose go-it-alone strategy looked doomed. Bountiful cost savings, though, will help the buyer and backers the Koch brothers.

A commemorative issue of People magazine is seen on a newsstand in New York August 4, 2010. Time Warner posted a better-than-expected quarterly profit on Wednesday and it raised its outlook after revenue grew at its fastest pace in two years on strong ad sales. Publishing revenue from its magazine stable that includes People and Time, was flat at $919 million, though ad revenue rose 4 percent. REUTERS/Shannon Stapleton (UNITED STATES - Tags: BUSINESS) - GM1E68500JI01

Magazine publisher Meredith said on Nov. 26 it had agreed to acquire Time Inc for $2.8 billion, including the assumption of debt. Meredith will pay $18.50 a share in cash, a 46 percent premium over the closing price on Nov. 15, the day before media reports surfaced about a possible transaction.

Koch Equity Development, an investment vehicle of the billionaire brothers Charles and David Koch, is providing $650 million in preferred equity to Meredith to finance the transaction. The fund will not have a representative on the board.

The combined company is expected to generate cost synergies of $400 million to $500 million in the first full two years of operation, Meredith said.