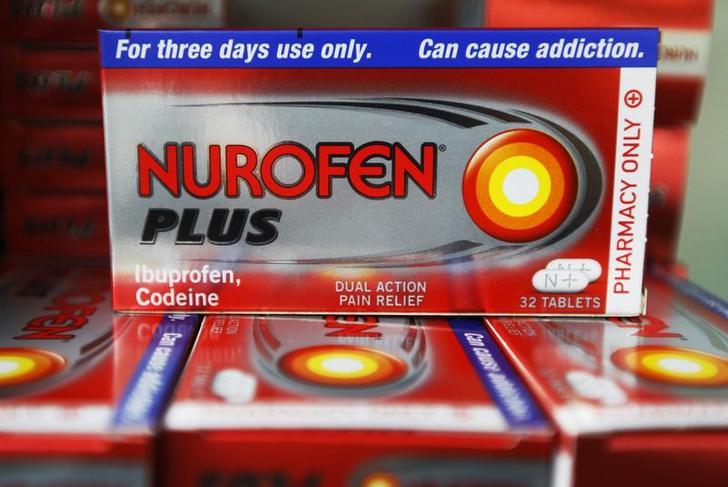 It’s time for Reckitt Benckiser to quit prescription drugs. The British household goods giant is wondering what to do with its heroin substitute, Suboxone. A full disposal would be the best outcome. Reckitt invented the treatment and has profited handsomely from it over the years. But generic competition has raged in the drug’s key U.S. market since 2009 and worldwide protection falls away in 2016. And the pharmaceutical unit that houses Suboxone sits oddly with the rest of the group nowadays.

Group-wide results on Oct. 22 show how fast the prescription drugs unit is losing ground. At constant exchange rates, sales in the three months to Sept. 30 fell 16 percent compared to a year earlier.

The company insists all options are open. But a “strategic review” is often a polite way of telegraphing a sale, and that would make sense here. Reckitt makes consumer goods. Yes, it owns medicines such as Nurofen and Gaviscon alongside Lysol disinfectant and Cillit Bang cleaning products. But prescription drugs require different marketing and regulatory skills. The unit lacks the scale enjoyed by big drugmakers.

The prospect of a sale helped lift Reckitt shares nearly 7 percent on Oct. 22. Good news from other parts of the company probably helped too. Sales in Latin America and Asia Pacific climbed 15 percent in the three months. The picture in Reckitt’s developed markets is also surprisingly strong. In Europe and North America sales grew 5 percent.

Any payout will be modest set against Reckitt’s 32 billion pound market capitalisation. Credit Suisse analysts valued Suboxone at just 1.1 billion pounds in July. Quoted pharma companies trade on about 3 times sales, Thomson Reuters Eikon data show. With nine-month sales of 591 million pounds and falling, Reckitt would do well to receive more than 2 billion pounds for getting off Suboxone.

Packets of Nurofen Plus are displayed behind the counter at a pharmacy in London August 27, 2011.

“Regarding RBP, we are commencing a strategic review of the business and will consider all options for maximising value for our shareholders,” Reckitt Benckiser Chief Executive Rakesh Kapoor said in a trading statement on Oct. 22. The company will update shareholders on the review next year.

The news came as Reckitt reported third-quarter sales up 6 percent to 2.54 billion pounds and helped send the company’s shares up 6.6 percent to 4,798 pence.