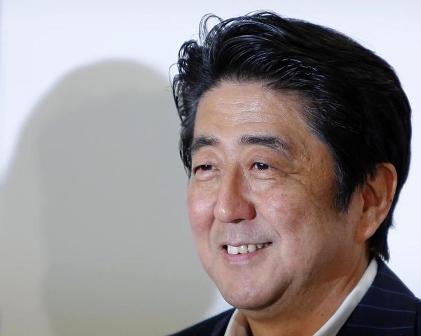 Shinzo Abe’s majority in Japan’s upper house is a political watershed. With it, he can start work on the Japanese economy’s broken plumbing.

The ruling Liberal Democratic Party-led alliance’s victory in the upper house elections on July 21 gives Abe control of both chambers of parliament until the next round of polls in 2016. That gives the prime minister a rare flexibility to pass laws that has eluded many of his predecessors since 1989.

Abe’s plan to revive the economy has so far rested on reforms that don’t require legal tinkering. The main move was to open the money taps wide, pledging to end chronic deflation by doubling the monetary base in two years. The yen has weakened 22 percent against the US dollar in the past year, giving a big boost to Japanese exporters.

What’s crucial now is new investment. That will occur only when Japanese companies, which pay 38 percent of their profits in taxes, get either the lawmakers’ nod for lower rates or rebates for adding fresh capacity. Lower corporate levies will prop up the economy next year when higher consumption taxes drag on GDP growth.

More controversial legislation will include lowering import tariffs on farm produce and preventing the government’s budget from ballooning uncontrollably as ageing pushes up health-care costs. Similarly, new laws are needed to make the energy industry more competitive – Japanese manufacturers pay among the highest power charges of all countries in the Organization for Economic Co-operation and Development – and to loosen up a rigid labour market that discriminates against women and part-time workers and protects salarymen with long-term contracts.

Abe’s ability to take on powerful interest like farmers, trades unions and Japan’s formidable bureaucracy is still unproven. There is also the risk that a triumphant Abe will use his political capital to focus on other things, like amending the pacifist constitution. Before the election, the TOPIX stock index was 5 percent below its May 22 high. Sceptical investors will only change their mind if the prime minister shows a resolve to roll up his sleeves and get to work.

Japan's Prime Minister and leader of the ruling Liberal Democratic Party (LDP) Shinzo Abe makes an appearance before media at the LDP headquarters in Tokyo July 21, 2013, after an upper house election

Japan’s ruling Liberal Democratic Party and its ally New Komeito won 76 of the 121 upper house seats for which elections were held on July 21.
With this victory, the LDP, led by Prime Minister Shinzo Abe, had wrested control of the House of Councillors from the Democratic Party of Japan.
The LDP won a majority in the House of Representatives, the lower house of Japan’s bicameral parliament, in December 2012.