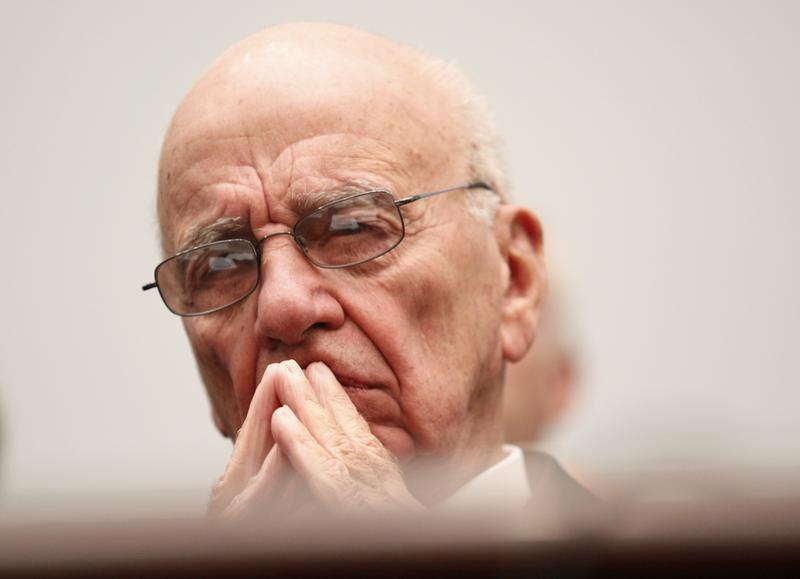 Time Warner may have left its henhouse gate open to Fox. Chief Executive Jeff Bewkes last year thwarted an $80 billion takeover bid from Rupert Murdoch’s rival media company with some bold projections. He’s now backing down from those claims and could be vulnerable to a fresh approach.

After thumbing their noses at the unwanted offer from Twenty-First Century Fox, Bewkes and his lieutenants laid out a blueprint for growth to investors at a daylong October 2014 presentation. The centerpiece was to break HBO and its stable of hits like “Game of Thrones” free from the cable subscription tether. Combined with cost cutting, overseas expansion and investing more in original programming, Time Warner would deliver about $6 a share in 2016.

Consumers are moving too fast, however, for the U.S. company behind Looney Tunes, Batman and CNN. There’s scant evidence the stand-alone version of HBO, which just this week added comedian Jon Stewart to its collection of popular attractions, is off to a fast start. HBO’s subscription revenue increased 4 percent in the third quarter, roughly the same growth it has been posting for a while. Research outfit MoffettNathanson reckons between 1.3 million and 2.6 million subscribers have signed up for HBO Now since the April launch. Netflix, by comparison, has 40 million U.S. streaming subscribers.

Blaming foreign exchange and programming costs, Bewkes hacked next year’s earnings forecast to about $5.25 a share. That, in turn, erased $5 billion of Time Warner’s market value. The shares were trading at midday on Wednesday at about $70 apiece, a full 18 percent below the $85 offered by Fox – and $10 less than what Time Warner has been paying on average this year to buy back its own stock. What’s more, Time Warner is trading at 13.5 times forecast earnings while Fox fetches over 16 times what analysts are expecting and Disney about 20 times.

Murdoch’s company isn’t faring much better amid the industry upheaval. Fox reported lower revenue and income on Wednesday and suffered a similar 7 percent fall in its shares as it, too, grapples with questions about how best to deliver programming like Fox News and the TV show “Empire.” With cable and satellite operators joining forces, pressure is building for media companies across the negotiating table to follow suit.

After he walked away from Time Warner last year, Murdoch said he had no intention of going back “in a hostile way.” In fact, he may be more welcome if there’s a next time.

Time Warner said on Nov. 4 that its third-quarter revenue increased 5 percent, to $6.6 billion, from a year ago while net income grew about 3 percent, to $1 billion. The company, which owns Warner Bros. studios and cable networks HBO and TBS, reaffirmed its 2015 outlook of adjusted earnings per share in the range of $4.60 to $4.70.

Rival media company Twenty-First Century Fox said its revenue fell 6 percent, to $6.1 billion for the three months ending September from a year ago. Net income declined by about a third to $675 million from $1 billion.