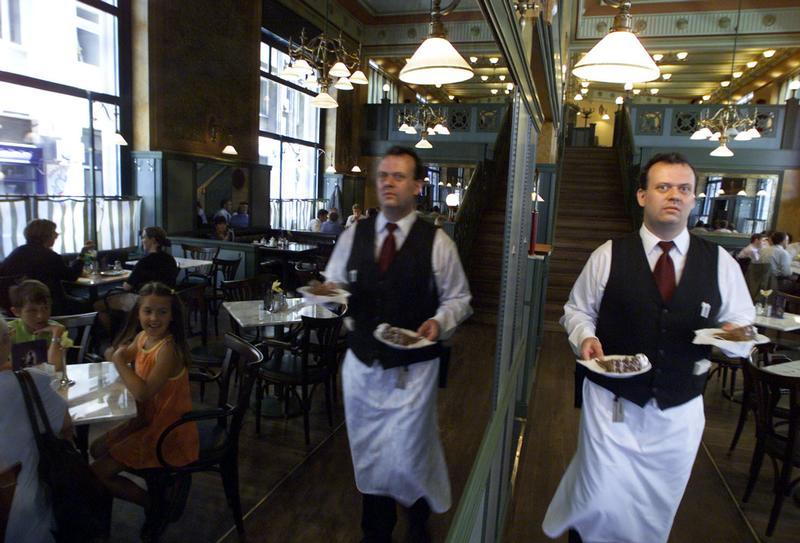 Forget Europe’s bonus caps for bankers. It might make for good publicity for the politicians, but wags in the City are already joking about ways to get around it. So why not, for example, put a ceiling on salaries and let clients reward good service, just as they do in restaurants? That could allow banker pay to shrink to a more realistic level.

The U.S. restaurant business even provides a model of sorts. The Fair Labor Standards Act lets an employer pay waiters below minimum wage as long as they earn a certain amount a month in tips. If the combined total remains below the minimum wage, the restaurant has to make up the difference.

Regulators could easily adapt that for the banking industry, setting a reasonable amount that bankers should be able to earn in a given year. There would need to be rigorous procedures for clients to claw back tips in the event of malfeasance – the banking world’s equivalent of getting food poisoning.

But clients would be empowered to pay what they really feel a banker or trader is worth. Long-standing M&A and underwriting fee structures could be overhauled, while trading would probably become more efficient more quickly, as all sides would have a greater incentive to switch more deals to electronic platforms.

Sure, there’s a chance it could turn into a boondoggle for some. A client might decide to hire a friend, want to curry favor or return past help. But companies looking to raise capital or get involved in M&A and investors wanting to trade are as cost conscious as any. They’d probably welcome the chance to pay the bank enough to cover its expenses, including base salaries, and then determine for themselves how much extra their middlemen warrant on top of that.

Banks boast so often about serving customers that it would mean they really have to practice what they preach – or expect a welter of forlorn-looking bankers following clients out of offices asking what they did wrong. The chance of seeing that alone surely makes paying bankers in tips worthy of consideration.

Waiter delivers meals at Budapest's restored 1892 Central Kavehaz, one of the centrepieces of the traditional coffeehouse scene that is being revived after an almost 40-year ban under communism. Owners of the rebuilt cafe hope it will once again become a venue for literary and political debate, as well as socializing. Picture taken 29 June. MR/WS/SV