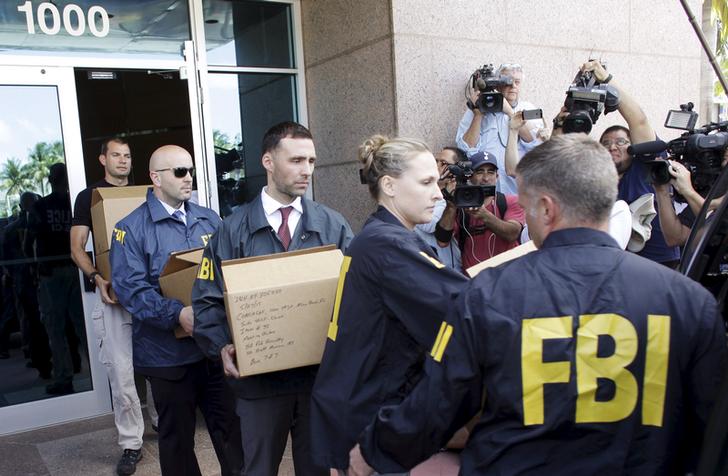 Corporations hold the key to cleaning up FIFA. American prosecutors accuse soccer officials and marketing executives of channelling cash from sponsorship and media rights deals into their own bank accounts. Big companies will always pay up to attach their brands to hugely popular global sporting events. They also have the power to demand much-improved audit trails.

Like frustrated fans, multinationals have responded to the accusations as if shouting from the sidelines. Adidas and Coca-Cola have called on FIFA to increase transparency. Visa says it is reassessing its support for global soccer’s ruling body, which raked in revenue of $5.7 billion between 2011 and 2014. That’s good. But it ignores the reality that corporate sponsorship, as currently organised, is part of the problem.

The United States government’s 166-page indictment describes how middlemen and agencies helped channel payments from big multinationals into kickbacks for bureaucrats. For example, the indictment says Japan’s Toyota and Santander of Spain paid a combined $75 million to sponsor the Copa Libertadores, South America’s leading club competition, between 1998 and 2012, The current sponsor, tyre maker Bridgestone, paid $57 million for a five-year deal.

There’s no suggestion these companies knew that some of their cash was lining the pocket of Nicolas Leoz, who headed South American soccer’s governing body until 2013, as the U.S. prosecutors allege. Negotiating in secret with an intermediary may have allowed companies to cut a better deal. However, commercial confidentiality makes it hard to keep track of how much money is in play, let alone where it is going.

Take Nike, which is co-operating with the U.S. investigation over its role in a 10-year, $160 million sponsorship deal with Brazil’s national team. In its last full financial year the sportswear giant spent $3 billion on what it calls “demand creation”. Any further details are scarce.

There’s little chance that companies will suddenly turn off the money hose. Even if established sponsors and media partners pull out, substitutes will step in. But if companies insisted on being more forthcoming about how much they were paying, and to whom, it would be a big step toward cleaning up FIFA.

FBI agents bring out boxes after an operation inside the CONCACAF (Confederation of North, Central America and Caribbean Association Football) offices in Miami Beach, Florida May 27, 2015.

Soccer World Cup sponsor Nike said it was cooperating with authorities after bribery and corruption charges against senior FIFA officials were outlined by U.S. prosecutors and arrests were made in Switzerland.

U.S. prosecutors issued an indictment on May 27 accusing nine officials from soccer’s world governing body and five sports media and promotions executives of bribes involving more than $150 million over 24 years.

Nike said in a statement: “Like fans everywhere, we care passionately about the game and are concerned by the very serious allegations.”

“Nike believes in ethical and fair play in both business and sport and strongly opposes any form of manipulation or bribery. We have been cooperating, and will continue to cooperate, with the authorities.”

German sportswear company Adidas and beverage company Coca-Cola called on FIFA to increase transparency and resolve the controversy. “This lengthy controversy has tarnished the mission and ideals of the FIFA World Cup and we have repeatedly expressed our concerns about these serious allegations,” Coca-Cola said.

Anheuser-Busch InBev and McDonald’s said they were in contact with FIFA and were monitoring the situation.

South Korean automaker Hyundai Motor, the sole Asian FIFA partner for the 2018 World Cup due to be held in Russia, said on May 28 it was “extremely concerned” about the legal proceedings against FIFA executives.