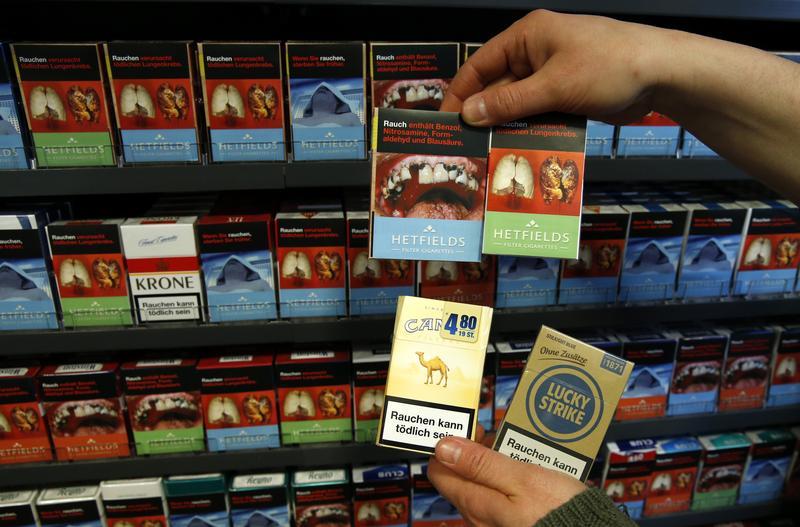 Tobacco giant Reynolds American may be mulling a bid for smaller rival Lorillard, apparently to investors’ pleasure.  Shares of the possible target, which specializes in trendy menthol cigarettes, leaped more than 9 percent after the Financial Times indicated that Lorillard might attract a more than $20 billion offer.

An analysis of similar tobacco deals suggests Reynolds could be justified in paying that much, and maybe a bit more. But while a combination may make strategic and financial sense, antitrust and other watchdogs could still act as spoilers.

Lorillard accounts for about 15 percent of the U.S. cigarette market, a bit more than half Reynolds’ roughly 27 percent market share. Combining the two would create a heftier number-two player as a counterweight to Altria, whose Philip Morris unit holds half of all U.S. cigarette sales.

Lorillard would also bring growth opportunities to the table. Brisk sales of Newport menthols have helped the company shake off a steady decline in the $90 billion American cigarette business. Lorillard is also the U.S. market leader in e-cigarettes, a hot and so far lightly regulated category.

Similar tobacco deals suggest Reynolds could see synergies of up to 14 percent of its potential target’s sales. That’s within the range of past transactions like Imperial Tobacco’s 2002 purchase of Germany’s Reemtsma, Japan Tobacco’s 2007 acquisition of Gallaher and Imperial’s 2008 deal for Gauloises-maker Altadis.

The figure would amount to just under $750 million in annual pre-tax synergies, based on Wall Street’s consensus forecast of $5.3 billion of sales for Lorillard this year. Taxed and capitalized, the savings could justify Reynolds paying a 26 percent premium to Friday’s undisturbed closing price, or a bit over $22 billion.  Throw in cross-selling synergies, and a 30 percent premium is plausible.

Reynolds’ 42 percent shareholder, British American Tobacco, would obviously have to approve any deal.  Regulators, however, could present a bigger obstacle. Antitrust watchdogs may balk at the prospect of the U.S. tobacco sector becoming an effective duopoly. And e-cigarettes and menthols are currently under scrutiny by health regulators. A setback on any one of those fronts could send the financial logic up in smoke.

Janine Schulzki, tobacconist and owner of a kiosk, holds cigarette boxes with an affixed, self-made cigarette label displaying graphic images (top) and those with the original labels as she poses for a photo in her shop in Berlin February 9, 2013. REUTERS/Fabrizio Bensch

Shares of Lorillard, the third-largest North American tobacco group by sales, jumped more than 9 percent on March 3 after the Financial Times reported that industry number- two Reynolds American was considering a bid for the company.

The two cigarette makers account for roughly 15 percent and 27 percent, respectively, of the U.S. tobacco market, according to the companies.

Lorillard’s effective tax rate was about 37 percent in 2013.