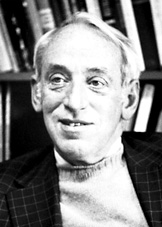 Taxing financial transactions looks a neat way to raise revenue from an unpopular sector. However, reducing liquidity won’t make markets more efficient. It also won’t make banks any safer, or stop asset bubbles. There are better ways for politicians to get their pound of flesh.

World leaders are set to debate the merits of introducing a tax on financial transactions at their summit in Cannes, which starts on Nov. 3.
A report by Bill Gates, founder of Microsoft, prepared for the G20, argued that a tax on financial transactions could raise funding for poorer countries, Reuters reported on Sept. 23. According to the report the tax, combined with taxes on tobacco and fuel used for shipping and aviation could raise almost $50 billion.
Rowan Williams, the Archbishop of Canterbury, wrote in the Financial Times on Nov. 2 that the tax had the potential “to stabilise currency markets in a way to boost rather than damage the real economy”.
The European Commission on Sept. 28 proposed a financial transaction tax for the 27 member states of the European Union. Transactions in shares and bonds would be taxed at a rate of 0.1 percent, while derivative contracts would be taxed at 0.01 percent. This could raise approximately 57 billion euros a year, the Commission estimated.
Andrew Tyrie, chairman of Britain’s parliamentary Treasury Committee, wrote to George Osborne, Britain’s Chancellor of the Exchequer, on Oct. 31 setting out detailed questions about the impact the European Union’s proposed transactions tax would have on the UK financial sector.