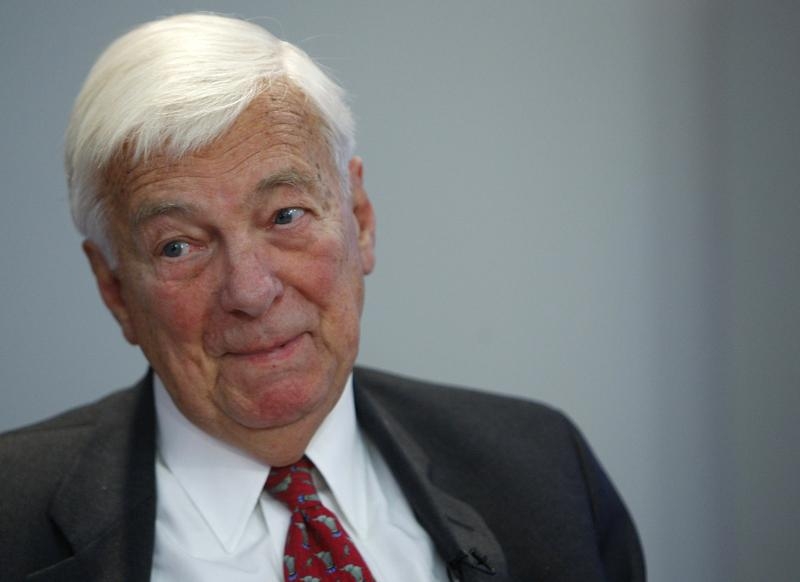 The storied career John Whitehead led over the past 70 years or so is virtually impossible to imagine on today’s Wall Street. The former Goldman Sachs boss, who died on Saturday at 92, was not just instrumental in developing the global investment banking model that largely still exists today. He also took on prominent positions in public service after he left.

Goldman was a 300-person firm specializing in commercial paper when he came aboard. By the time he left in 1984 to became a deputy secretary of state for President Ronald Reagan, Goldman had become an international equity, bonds and mergers powerhouse.

Whitehead later took on roles at charities and non-profits, from the International Rescue Committee to the New York Boy Scouts. He was the first chair of the Lower Manhattan Development Corporation, set up to help rebuild the financial district after the Sept. 11, 2001 attacks. And he was still chair of the Goldman Sachs Foundation when he passed away.

Such varied résumés used to be common for Wall Street’s leading lights. One of Whitehead’s predecessors, Sidney Weinberg, served a number of important jobs for President Franklin Roosevelt. Whitehead successors Robert Rubin and Hank Paulson each headed the U.S. Treasury. Another, Jon Corzine, became a New Jersey senator and governor.

But as the recent attempt by President Barack Obama to nominate Lazard M&A banker Antonio Weiss to the third-ranking role at Treasury shows, such paths look obstructed now. Though Weiss was a card-carrying Democrat who had long supported liberal policies and worked for a firm that needed no public money, his accession was scuttled by members of the president’s own party, led by Senator Elizabeth Warren. He instead became a counselor to Treasury Secretary Jack Lew, a role that doesn’t need congressional confirmation.

Bankers in large part have themselves to blame. The financial crisis left them looking reckless and willing to hold taxpayers hostage for their misdeeds. That included Whitehead protégés like Rubin, who earned more than $100 million as chairman of the executive committee at Citigroup, which subsequently needed a $25 billion government bailout.

JPMorgan, Bank of America and Goldman came in 87th, 91st and 100th in a Harris poll of corporate reputation for the 100 most visible companies. It will take years, maybe decades, to repair their credibility enough to produce the next John Whitehead from their ranks.

John Whitehead, former senior partner at Goldman Sachs, died on Feb. 7 at the age of 92. He joined the Wall Street firm in 1947, was made partner in 1956 and was co-chair with John Weinberg between 1976 and 1984. He is widely credited with pushing Goldman into starting Wall Street’s first mergers and acquisitions department.

He also drafted 12 business principles for the firm’s employees to adhere to, codifying them in 1979. Goldman has since added two more.

Soon after retiring he was appointed deputy secretary of state in President Ronald Reagan’s administration.

Whitehead was chairman of the Federal Reserve Bank of New York from 1995 to 2000. He also helped steer several non-profit organizations including the Andrew Mellon Foundation, the United Nations Association, the New York Boy Scouts, Haverford College, the Brookings Institution, the National Gallery of Art and the International Rescue Committee, according to the New York Times. He was also chairman of the Goldman Sachs Foundation.

One of his last public roles was as head of the Lower Manhattan Development Corporation, set up by New York Governor George Pataki after the attacks on the World Trade Center on Sept. 11, 2001. Whitehead ran the LMDC until 2006.