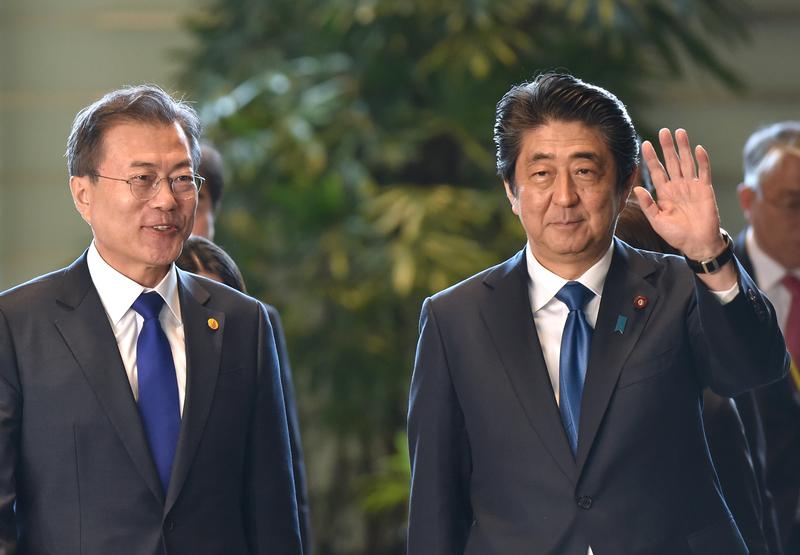 South Korea could take aim at Japanese machinery and equipment as payback for export curbs targeting its vital chip industry. That risks WTO ire and casts a shadow over $85 bln of bilateral dealings. For two economies weakened by one trade war, stoking a second is reckless.

South Korea's President Moon Jae-in is greeted by Japan's Prime Minister Shinzo Abe prior to their meeting at Abe's official residence in Tokyo, Japan May 9, 2018. Kazuhiro Nogi/Pool via Reuters - RC13A99A8DF0

A day earlier, Japan’s Industry Minister Hiroshige Seko raised the possibility of more measures against South Korea on top of its July 4 move to tighten restrictions on exports of three materials used in smartphone displays and chips.

The pair, locked in a dispute over South Koreans forced to work for Japanese firms during World War Two, plan to hold talks on July 12, Reuters reported.