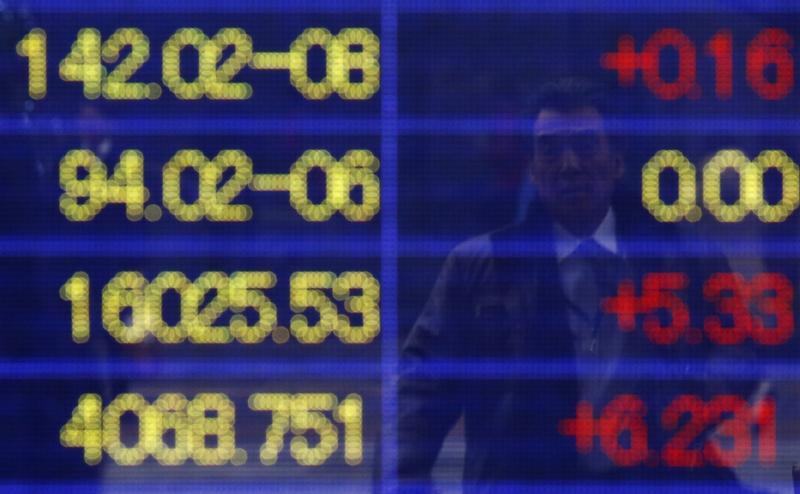 South Korea and China are again complaining about Japan’s weak currency. But it’s hard to blame Tokyo. The Bank of Japan’s monetary policy has been unchanged since April. And while Japanese trade is almost balanced, Korea’s current account surplus remains embarrassingly large.

A pedestrian is reflected in an electronic board showing exchange rates between the Japanese yen against the euro (top L to bottom), the yen against Australian dollar, as well as indices for the Dow Jones industrial average and the Nasdaq outside a brokerage in Tokyo December 10, 2013.

“The yen-won rate is falling rapidly at a time when the dollar-won rate is declining, so we are concerned,” Eun Sung-soo, South Korea’s deputy finance minister, told Reuters Dec. 30.

Japan will “look to keep the economy growing by boosting exports through the yen’s depreciation,” Xu Shaoshi, the head of China’s National Development and Reform Commission, said at a bilateral meeting with South Korean finance minister Hyun Oh-seok in Seoul on Dec. 30. “This is a policy that will affect South Korea and China, and therefore needs to be monitored closely.”