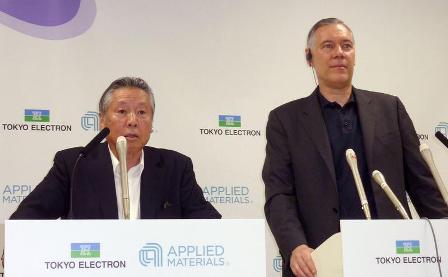 Foreign acquirers have long-struggled to make headway in Japan. That makes Applied Materials’ recent takeover of Tokyo Electron an interesting case study. The U.S. tech firm wooed its smaller rival with an all-stock merger and the promise of shared governance. However, the model may not work so easily elsewhere.

Most of the governance sweeteners Applied Materials offered are easy to replicate. Though Tokyo Electron shareholders will own barely a third of the combined company, Applied Materials handed over the chairman’s role, agreed to move its chief executive to Tokyo, and promised equal representation on the board for both sides. The real clincher, though, was the all-stock offer. The structure allowed Tokyo Electron’s management to present the transaction as a merger of equals rather than a change of control.

Cross-border all-share deals are tricky because shareholders of the target company are often reluctant to hold shares in a foreign company. As a result, the shares flow back to the acquiring country, often depressing the price. Even though the combined Applied Materials/Tokyo Electron will be listed in the United States and Japan, it is unlikely to be eligible for inclusion in Japan’s main stock indices. As a result, funds that passively track those indices will be forced to sell.

However, Tokyo Electron has an advantage not shared by many Japanese companies: half its shares are already held by foreign investors, limiting any sell-off before the deal closes next year. The flow back could amount to around $2 billion, estimates one banker close to the deal, or 20 percent of the Japanese firm’s current market value. To help matters, the new company has pledged to spend $3 billion on a share buyback program.

Other potential Japanese targets would give buyers a larger stock hangover. For example, foreigners owned just 15 percent of the shares of troubled TV display maker Sharp as of March, and only 25 percent of Panasonic shares. Though cross-border consolidation would make sense for many of Japan’s once iconic brands, foreign buyers shouldn’t get too excited about applying the Tokyo Electron template.