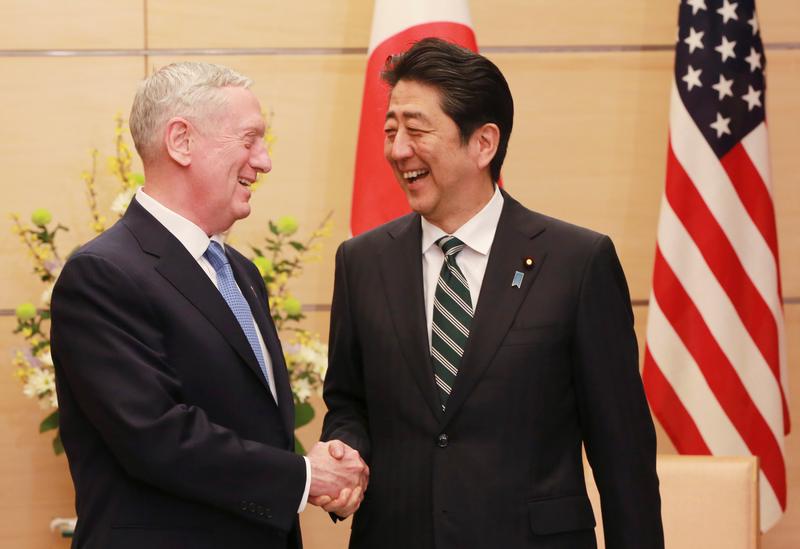 Japanese Premier Shinzo Abe is preparing a big package of U.S. investment and job creation to placate the president. Trump’s claims of deliberate yen devaluation are wide of the mark. But Tokyo has little choice but to respond, even though it is already an important U.S. ally.

Japan is preparing a package that could create 700,000 U.S. jobs, and see $150 billion of public and private investment in the United States over the next decade, Reuters reported on Feb. 3, citing government sources familiar with the plans. The plan will be unveiled when Prime Minister Shinzo Abe visits Washington on Feb. 10.

U.S. Defense Secretary Jim Mattis reaffirmed Washington's commitment to its defence treaty with Tokyo during a visit to Japan, saying on Feb. 4 that the duo's alliance was "critical to ensuring that this region remains safe and secure."

U.S. President Donald Trump has called on Japanese carmakers to create more American jobs, criticised Japan for devaluing its currency and scrapped the Trans-Pacific Partnership, a flagship trade pact that was championed by Abe. Japanese policymakers deny manipulating the yen to gain a competitive advantage.

However, Japan will push back firmly on any attempts to meddle with its independence in setting currency and monetary policy, Reuters reported, citing sources familiar with the deliberations in Tokyo.