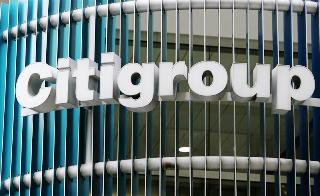 You should be careful what you wish for. India has resisted, strongly, what it sees as excessive foreign participation in its banking system. And with the need to conserve capital at home, it’s no real surprise that Citi has decided to cash in its 9.9 percent stake in India’s Housing Development Finance Corp for $2 billion. But had India allowed Citi more skin in the game it might have stuck around.

India’s banking regulator has long worried about hot money and fair-weather friends. But the protectionism deployed actually increases the dangers. With a 10 percent cap on foreign direct investment in Indian banks, Citi lacked a real say in how HDFC was managed.

Other Indian banks have significant foreign shareholdings, but they are all in small chunks which, like Citi’s, are relatively easy to exit. HSBC owns 9.2 percent of Axis Bank, India’s third largest private sector bank. Deutsche owns about 10 percent of ICICI. And HSBC and Rabo both have 4.8 percent stakes in Yes Bank.

Foreign banks are also allowed to set up their own branches and subsidiaries in India but their growth is restricted by a strict cap on the number of new branches they can open. India clearly wants the best of both worlds – enough foreign capital to get the benefits of investment and competition, but not too much so that the system becomes dominated by foreign banks. The regulator published proposals last year which would allow foreign banks more branches if they convert existing branches into local subsidiaries. This would come with a rider that the total capital of foreign banks could not exceed 25 percent of the capital in the system.

These plans came over a year ago. Since then nothing. It’s a further sign of the paralysis that has struck Indian governance. Citi’s exit is a wake-up call, a helpful reminder of work still to be done rebalancing the Indian banking system.

The Citigroup sign is seen outside the Citigroup Center in New York, in this October 1, 2007 file picture. Citigroup, the last of the major US banks with TARP borrowings, moved one step closer to extricating itself from government control through a US$10.5bn secondary sale by the US Treasury.

Citigroup has raised $1.95 billion selling its entire stake in India’s Housing Development Finance Corp at 657.50 rupees a share, Reuters reported on Feb. 24. The transaction is the largest share sale in India this year.
Although Indian banks can have up to 74 percent of aggregate foreign investment, no single investor is permitted to control more than 10 percent of the bank without the permission of the Reserve Bank of India.