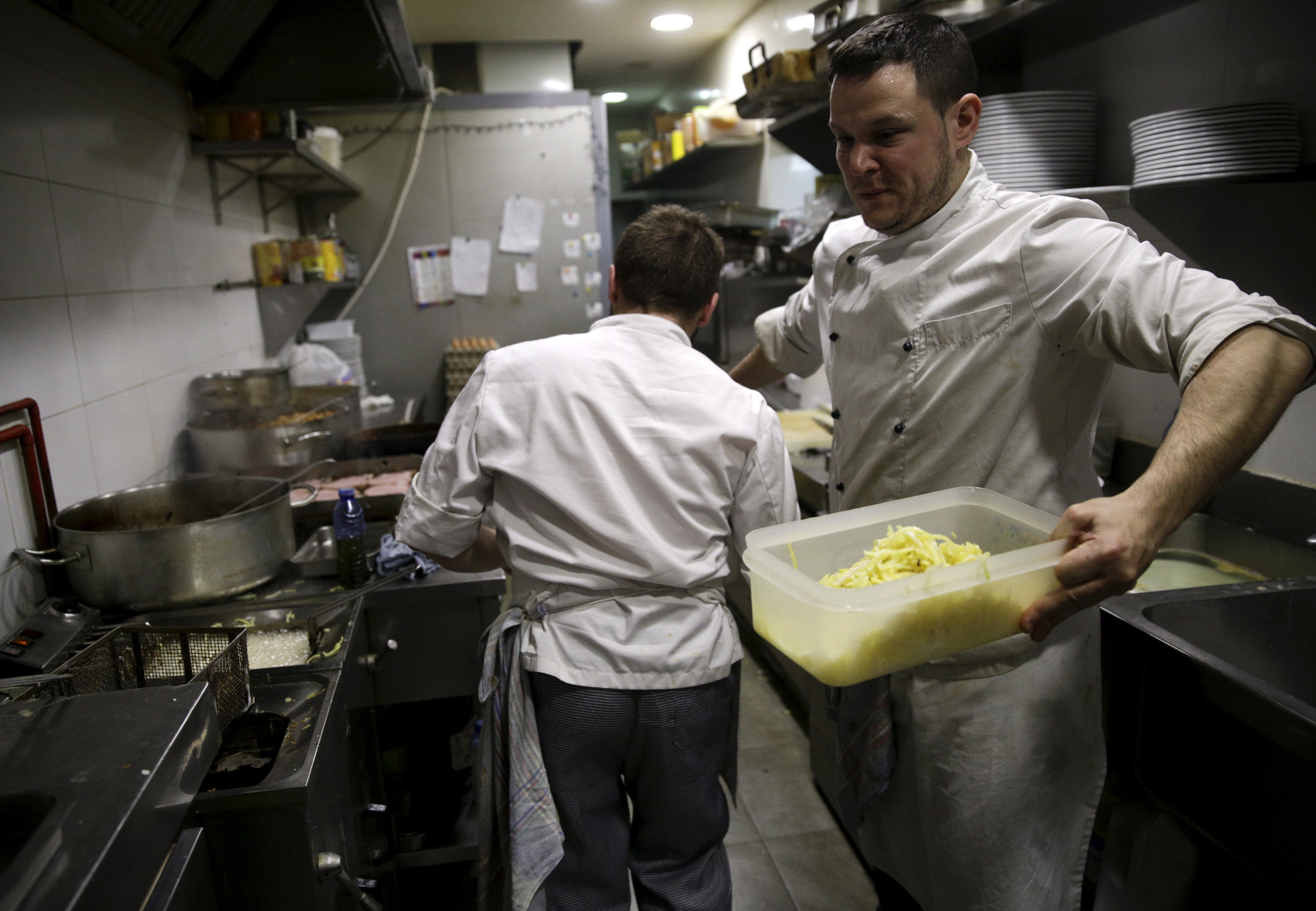 Shares of the Restaurant Group, owner of the Chiquito chain, dropped a fifth after it warned of slower sales, hit by lower footfall in shopping malls. The sector is also gorging on overexpansion. New stores are opening at twice the speed of consumer spending on eating out.

Cooks work inside a kitchen of a restaurant belonging to the owner of the JC Rooms brand in Madrid, Spain, December 15, 2015

Restaurant Group on April 29 warned its full-year pre-tax profit would be no more than 80 million pounds, compared with analyst expectations according to Eikon of 86.1 million pounds. The UK restaurant operator said it did not expect any improvement in trading conditions in the short term.

Restaurant Group operates chains like Chiquito and Frankie & Benny’s. It cited lower footfall in shopping centres and competition as two reasons for the slowdown. Full-year like-for-like sales will be down by between 2.5 percent and 5 percent, the company said.