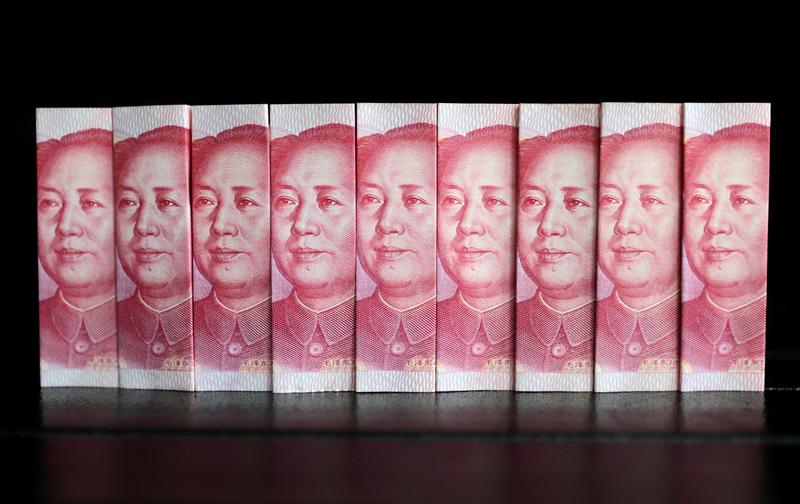 Regulators have put fresh restrictions on individuals changing money. They’ve also doubled the number of currencies in the official trading basket, a statistical trick to make the sliding yuan look stable. Instead of fooling investors, official anxiety could aggravate outflows.

China will change the way it calculates a key yuan index in the new year, nearly doubling the number of foreign currencies in a basket that is used to set the yuan's value, its foreign exchange market operator said on Dec. 29.

The dollar's share will fall to 22.4 percent from 26.4 percent and the euro's to 16.3 percent from 21.4 percent. The 11 currencies to be added, including the SouthKorean won, the South African rand and the Mexican peso, will have a 21.1 percent weighting in the basket.

The onshore yuan weakened nearly 7 percent against the dollar in 2016, ahead of analysts' average forecast for a 5 percent decline. The official index, which tracks the yuan's movement against the basket, is down around 6 percent.

Regulators will step up checks on individuals buying foreign currency, according to astatement on Dec. 31. The overall annual conversion quota of $50,000 will not be reduced, but individuals will need to provide more information on the justification for the conversion.

China's central bank rejected a media report that the yuan had weakened beyond 7.0000 per dollar in the onshore market on Dec. 28.