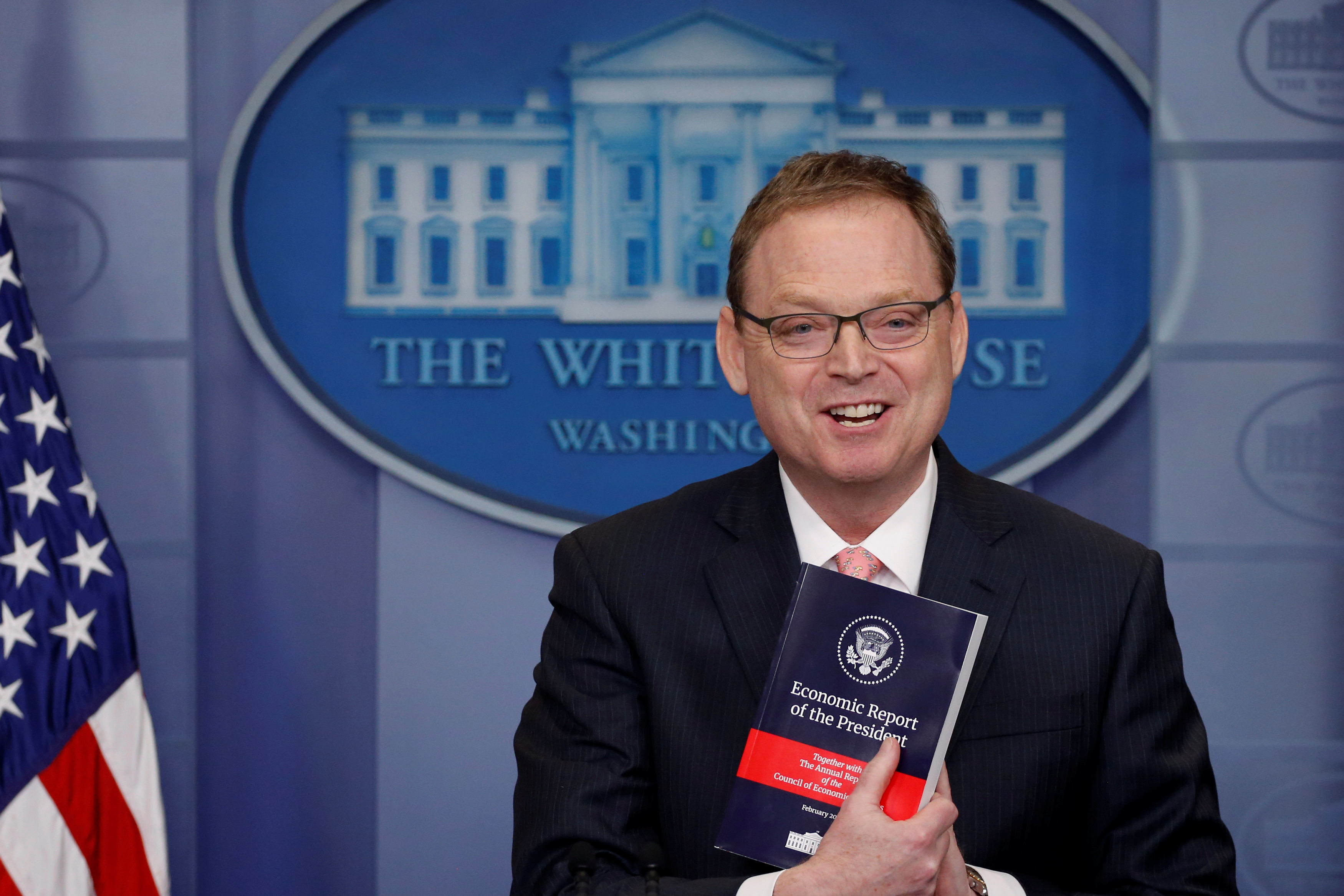 A report from Kevin Hassett’s CEA essentially equates single-payer healthcare with collectivized Soviet agriculture. It’s a distortion of one Democratic idea just days before elections. Hassett also claimed tax cuts would pay for themselves. He’s due a move to the campaign team.

The White House Council of Economic Advisers on Oct. 23 published a 71-page report entitled “The Opportunity Costs of Socialism.” Among other things, the report suggested the introduction of a European-style government single-payer healthcare system would reduce U.S. gross domestic product by 9 percent, while replacing current policies with “highly socialist policies, such as Venezuela’s,” would shrink the economy by 40 percent.

“Detailed policy proposals from self-declared socialists are gaining support in Congress and among much of the electorate,” the report said, without providing evidence for that claim. It was published 13 days before the congressional midterm elections in which the U.S. system of healthcare has emerged as a leading issue, with some Democrats, notably Senator Bernie Sanders, calling for a single-payer system.

The CEA is chaired by Kevin Hassett.