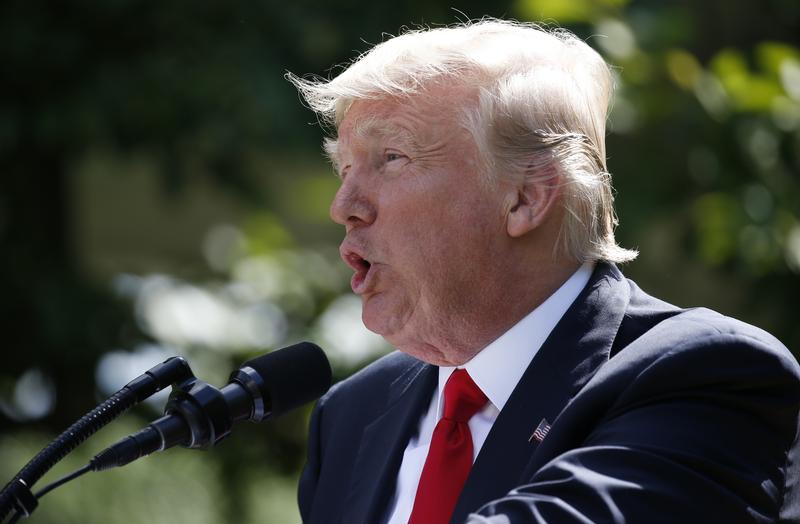 Donald Trump’s rejection of the Paris climate pact drew swift opposition from corporate bosses, including those of GE and Goldman. The Tesla and Disney chiefs quit his advisory council. Losing business support this early bodes poorly for the administration’s economic promises.

U.S. President Donald Trump announces his decision that the United States will withdraw from the Paris Climate Agreement, in the Rose Garden of the White House in Washington, U.S., June 1, 2017. REUTERS/Joshua Roberts - RTX38LO9

U.S. President Donald Trump on June 1 said he is pulling the country out of the 2015 Paris accord on combatting climate change. He said the agreement was a bad deal for America, stripping $3 trillion from GDP and costing up to 6.5 million industrial jobs by 2040.

Tesla Chief Executive Elon Musk and Disney boss Robert Iger both resigned from the president's advisory council in protest. Goldman Sachs CEO Lloyd Blankfein, in his first ever tweet, called the decision "a setback for the environment and for the U.S.'s leadership position in the world."

General Electric boss Jeff Immelt tweeted: "Climate change is real. Industry must now lead and not depend on government."