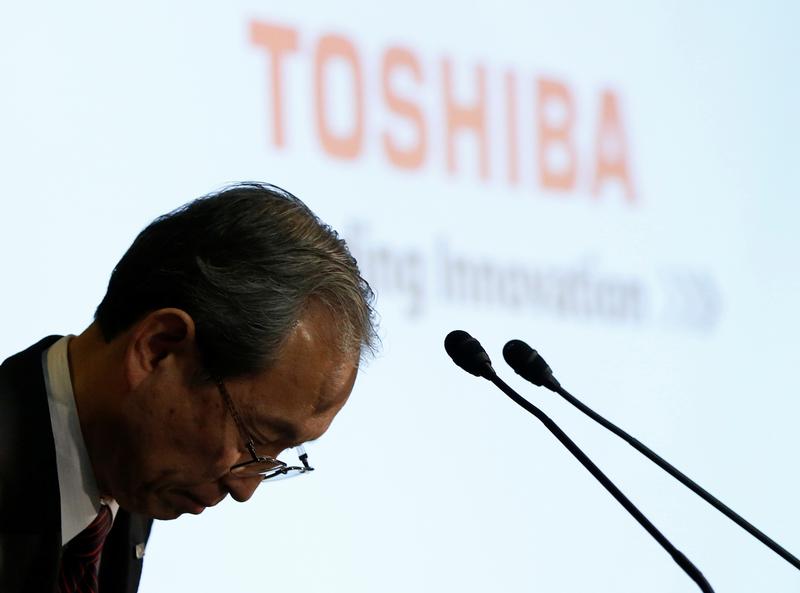 The electronics group is trying again to sell its $17 bln memory business and avoid a delisting. Bringing in the troublemaking and previously snubbed Western Digital will avoid legal delays, without tripping on antitrust. And the deal can still look Japanese enough for Tokyo.

Toshiba Corp CEO Satoshi Tsunakawa bows at the start of a news conference at the company's headquarters in Tokyo, Japan March 14, 2017. REUTERS/Issei Kato TPX IMAGES OF THE DAY - RTX30W4V

A consortium led by Western Digital is close to an agreement to buy the chip business of Japan's Toshiba for 1.9 trillion yen ($17.4 billion), with the U.S. firm's chief executive in Tokyo to conclude talks, Reuters reported on Aug. 28, citing a person familiar with the matter.

Both sides aim to announce a deal on Aug. 31, when Toshiba’s board is due to meet, Reuters said, citing separate people familiar with the matter.

Western Digital’s financial participation is limited to 150 billion yen ($1.4 billion) through convertible bonds, and its stake will not exceed one-third when those bonds are converted, sources told Reuters. A higher stake would allow Western Digital to veto board decisions.

The consortium also includes the Innovation Network Corp of Japan, the Development Bank of Japan and U.S. buyout firm KKR, with each putting up 300 billion yen, sources have told Reuters. Japanese banks and companies will also provide financing.