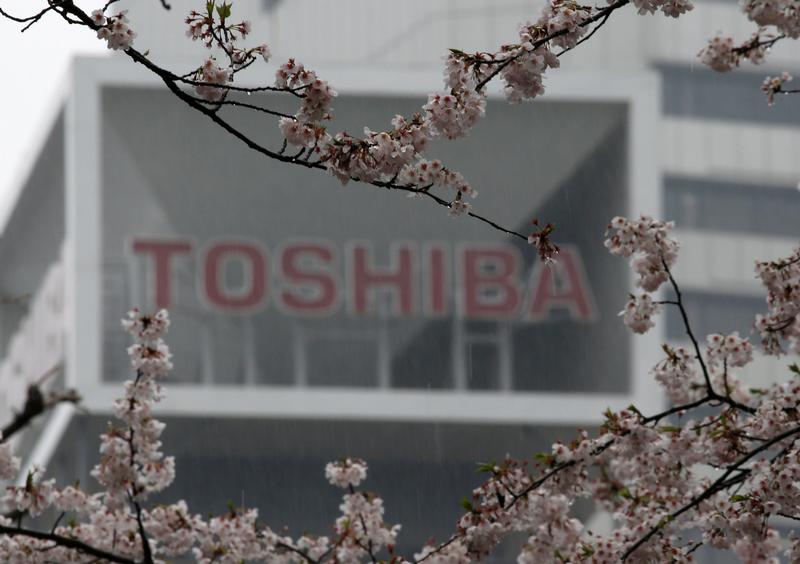 The Japanese group may ditch its recently hired Big Four auditor for a smaller firm, the Nikkei reports. That won’t win back trust from regulators and investors. But Toshiba is desperate to retain its stock market presence, and the impasse with finicky PwC put that at risk.

The logo of Toshiba Corp is seen behind cherry blossoms at the company's headquarters in Tokyo, Japan April 11, 2017. REUTERS/Toru Hanai

Japan's Toshiba has decided to replace its auditor after less than a year, the Nikkei business daily reported on April 26.

At a news conference announcing third-quarter results on April 11, Chief Executive Satoshi Tsunakawa said there were irreconcilable differences with the auditor over the validity of past reports. Toshiba is currently working on a financial statement for the year ended in March. The TSE's filing deadline is May 15.

Toshiba spokesman Yukihito Uchida told Reuters the company was considering options but nothing had been decided. A PwC spokeswoman declined to comment to Reuters.

PwC Aarata was hired in June last year following a 2015 accounting scandal. Ernst & Young ShinNihon LLC, its auditor at the time, was fined for failure to spot irregularities. The Nikkei said Toshiba was looking to hire a second-tier accounting firm since the other two of the big four, Deloitte Touche Tohmatsu and KPMG Azsa, have potential conflicts of interest given past business deals.