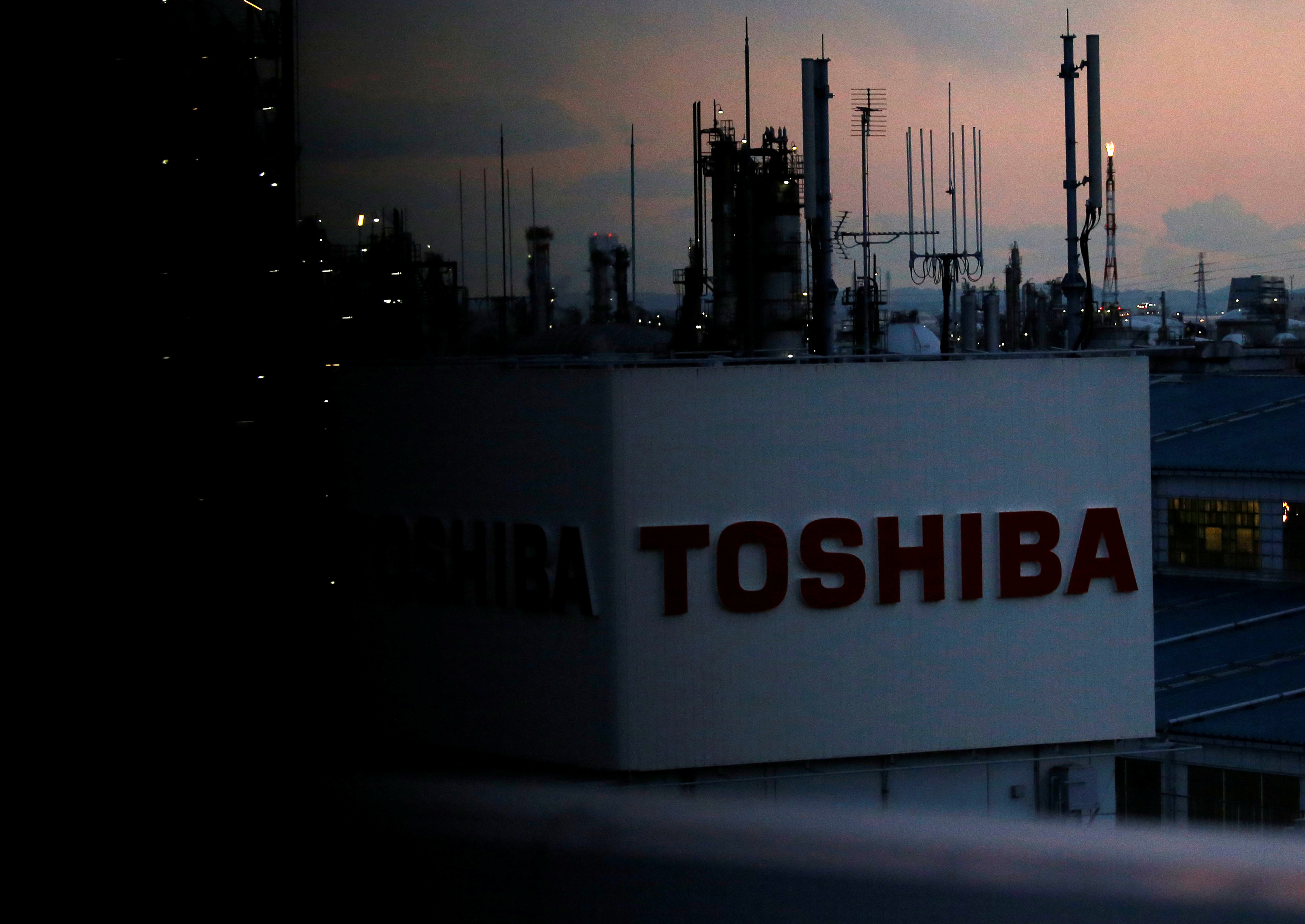 A group led by Bain is paying $18 bln for Toshiba’s flash-memory unit after a drawn-out sale. The memory industry is cyclical and capital-intensive, and it’s also in China’s strategic crosshairs. But a rising tide of demand for bytes will lift Bain’s boat first.

The logo of Toshiba Corp. is seen at the company's facility in Kawasaki, Japan February 13, 2017.

These JVs own and lease equipment that makes wafers, the silicon disks used in chip-making. Western Digital, which bought Toshiba’s original partner SanDisk last year, is committed to buy half the ventures’ output or pay half their fixed costs. Toshiba wants to sell its JV stakes as part of the larger deal. Western Digital argues this requires its consent. Toshiba says it could leave the flash ventures out of the sale if necessary, in which case the final purchase price would be adjusted.

Bain’s consortium filed for antitrust approval in China the day after signing the deal, Reuters reported on Oct. 4, citing a source familiar with the matter. However, strategic and political considerations could extend China’s already lengthy regulatory process, the newswire said, citing several sources.