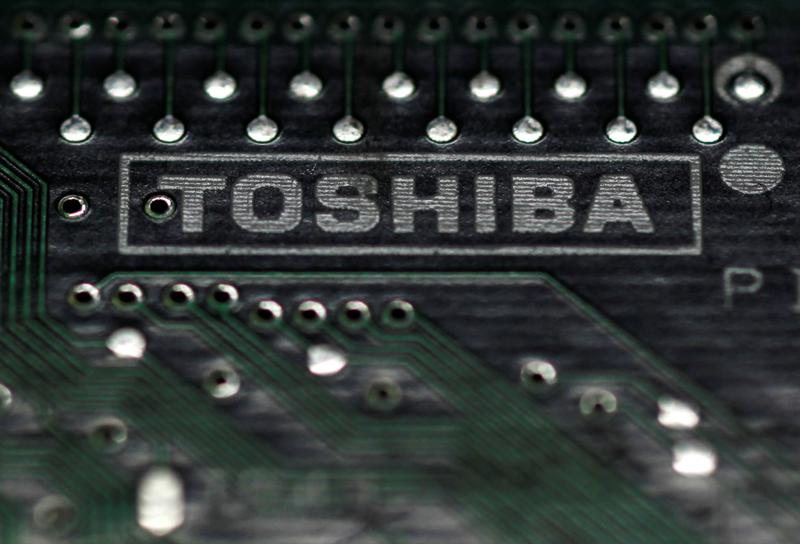 The Japanese group unveiled a $6.3 bln writedown, forecast negative equity and parted company with its chairman. The delivery was chaotic but the message well-telegraphed. The possible sale of a majority of its most valuable unit is new, and reveals the depth of its crisis.

FILE PHOTO- A logo of Toshiba Corp is seen on a printed circuit board in this photo illustration taken in Tokyo July 31, 2012. REUTERS/Yuriko Nakao/File Phot - RTSXKUR

Toshiba will take a 713 billion yen ($6.3 billion) writedown on its U.S. nuclear business, and expects to make a full-year loss of 390 billion yen, the Japanese electronics group said on Feb. 14.

The group forecast shareholder equity would be a negative 150 billion yen at its financial year-end in March, before any capital raising. It said it was considering selling a majority stake in its NAND flash-memory business. Toshiba also said Chairman Shigenori Shiga would step down.

Earlier in the day, Toshiba had unexpectedly delayed releasing audited third-quarter results. The group said it was seeking regulatory approval, which it later received, to take as much as one month more to probe dealings at U.S. subsidiary Westinghouse.

Shares in Toshiba closed 8 percent down at just under 230 yen, before the earnings guidance was released.