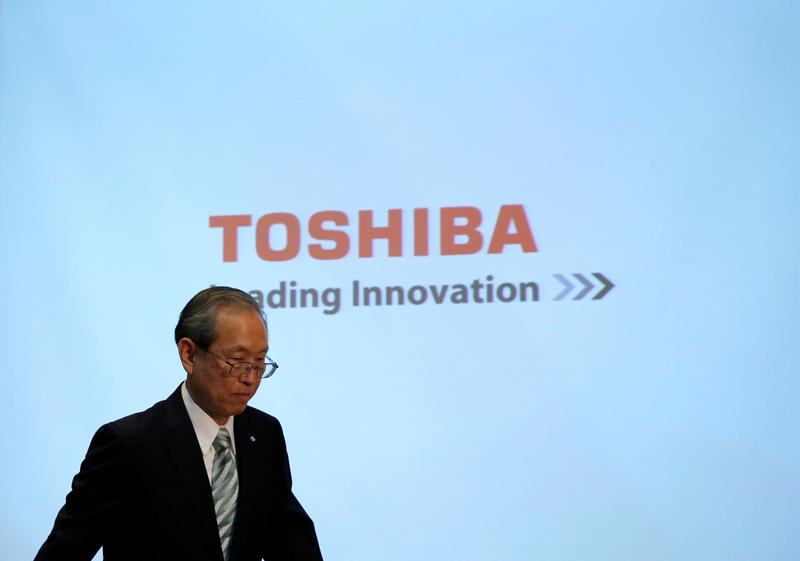 The ailing Japanese group is raising $5.3 bln, or nearly half its market value again, by selling new stock. That ensures it avoids delisting. Buyers must see value in Toshiba’s residual interest in memory chips, plus the potential for turnaround elsewhere.

Toshiba said on Nov. 19 it would raise 600 billion yen ($5.3 billion) by offering new shares to 60 overseas investors, in an effort to avoid being delisted from the Tokyo stock exchange.

The shares will be sold at 262.8 yen apiece, a discount to the previous closing price of 292 yen, with payment received by Dec. 5. Singapore-based fund Effissimo, already the largest Toshiba shareholder, according to Thomson Reuters Eikon data, will increase its stake to 11.3 percent.

As the parent company of Westinghouse, which has filed for Chapter 11 bankruptcy protection in the United States, Toshiba owes the owners of two U.S. nuclear projects $5.9 billion. It now plans to pay those guarantees in full by year-end, rather than over several years as originally planned.

It plans to sell its claims against Westinghouse and some loans, together amounting to 760 billion yen. The loss on that sale could allow Toshiba to reduce this year’s tax bill by 240 billion yen.