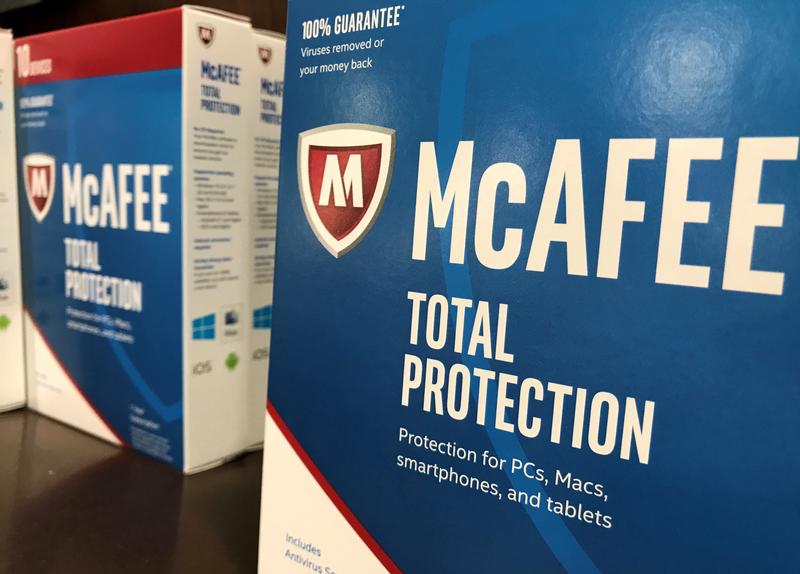 A bubbly public reception to software firms like Snowflake has left an opening for the buyout shop to float the cybersecurity company at three times its 2016 takeover valuation. McAfee has improved, but its owners have bonkers investors rather than better performance to thank.

McAfee computer security software is shown for sale at a computer store in San Marcos, California, U.S., May 15, 2017.

Cybersecurity firm McAfee filed an initial public offering prospectus with the Securities and Exchange Commission on Sept. 28. The company owned by TPG Capital and Thoma Bravo did not indicate the number of shares it expects to sell or a price.

Intel purchased McAfee for $7.7 billion in 2011. It then sold 51% of the company to private-equity firm TPG Capital in 2016 in a deal that valued it at $2.2 billion, or $4.2 billion including debt. TPG later took on Thoma Bravo as a co-investor.

McAfee was founded by John McAfee in 1987. The founder left the firm in 1994, and the company first listed shares in 1999. In 2012, Belize police named John McAfee as a person of interest in his neighbor’s murder.