Be a good sport 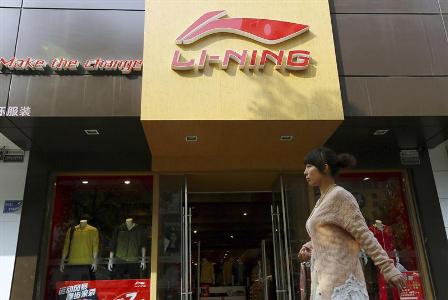 The U.S. buyout firm is backing a $219 million capital raising by the Chinese sports brand it has failed to revive in almost three years. The cash will help. But if TPG really wanted to show confidence, it would team up with the company’s founder and take Li Ning private.

Li Ning said on Dec. 17 it would raise up to HK$1.7 billion ($219 million) through an issue of shares and convertible securities priced at HK$2.60, a 22 percent discount to the previous day’s closing price. Shareholders who chose not to take part would be able to trade their right to do so to others, according to a company spokesman.

TPG, the U.S. private equity group, owned a 17.6 percent stake in Li Ning before the issue, of which 3.8 percent is held in actual shares, and the rest in convertible securities. Viva China, a vehicle controlled by founder Li Ning, holds 19 percent of the shares, and a 31 percent stake after factoring in convertibles and share options.

The main shareholders have agreed to underwrite the issue. Investors can choose between taking regular shares or convertibles that pay no interest and come without votes.

TPG bought into Li Ning in early 2012, and has since participated in two capital raisings. The conversion price for the first round of convertibles it bought was reset downwards in January 2013, from HK$7.70 to HK$4.50.

Jin-goon Kim, a TPG representative, stood down as chief executive of Li Ning on Nov. 14, and handed his duties to Li Ning himself. Kim remains on the board as an executive director and vice chairman.