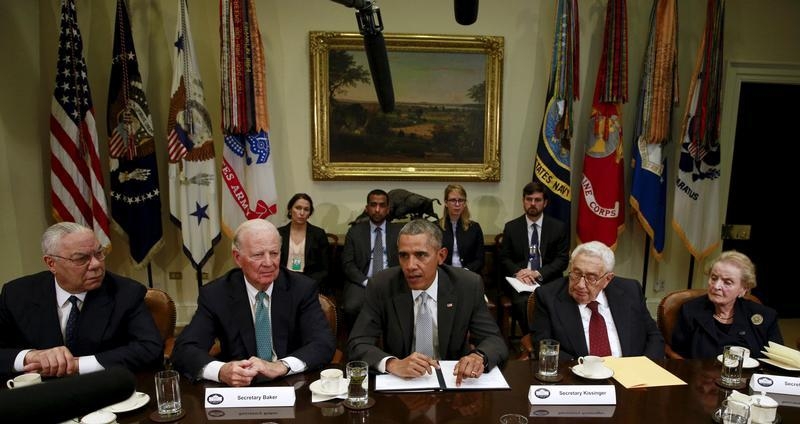 The push for the Trans-Pacific Partnership could use a cattle drive. The Obama administration’s wobbly attempts to promote the trade deal at events across the country are stalling. The nation’s cattle ranchers, meanwhile, have cooked up a juicy pitch highlighting the simple financial benefits of the pact.

Government officials are touting the trade deal with 11 other countries ahead of Congress’s return to Washington next month. President Obama will also praise the pact during his visit to Asia this week. It’s opposed by liberals like Senator Bernie Sanders of Vermont, while Republican presidential nominee Donald Trump has vowed to scrap the deal.

Part of the administration’s problem is that it needs to build a diverse coalition of support for TPP. For the left, it touts the enforceable labor protections in the deal, such as allowing workers in Vietnam to unionize. For Republicans, the pact is sold as a free trade promoter and bulwark against China. At times they can be odd bedfellows.

Opponents from both sides of the aisle, meanwhile, trot out a consistent message: TPP is an unfair job killer, a point that has resonated enough even to force Democratic White House hopeful Hillary Clinton to reverse her initial support for the pact.

Cattle ranchers may seem an unlikely group to have an effective rebuttal to the naysayers. But TPP would reduce tariffs that, according to the National Cattlemen’s Beef Association, would allow the industry to recoup millions in lost beef sales. The group’s web site, tppnow.com, features a ticker that bumps up by $1 every few seconds to reflect the loss without TPP, which stands at more than $134 million and counting.

Writ large, it could be the administration’s savior. TPP would cut a total of 18,000 tariffs, including on cars and lumber, meaning more American products will be sold overseas, which ought to generate more American jobs. Officials haven’t ignored this angle but it has been lost in the smorgasbord they have prepared.

The administration’s nuanced, localized approach may have been a decent strategy when the goal was simply to win over Congress. But TPP has become a national issue where the cattle ranchers’ straightforward pitch could be a superior way to gather Americans around the same table.

Former U.S. Secretaries of State meet with President Barack Obama to discuss the Trans-Pacific Partnership (TPP) at the White House in Washington, November 13, 2015.

A White House spokesman said on Aug. 29 that the Trans-Pacific Partnership trade deal could still be approved by Congress before a new U.S. president takes office in January. President Barack Obama will tout the trade pact during his trip to Asia this week. Administration officials have been hosting events across the United States to promote the trade deal before lawmakers return from recess in September.

The White House will ask Congress to approve the trade pact with 12 countries amid opposition from liberal lawmakers. Republican presidential nominee Donald Trump has called for scrapping the deal while Democratic rival Hillary Clinton has said she is against the agreement in its present form.