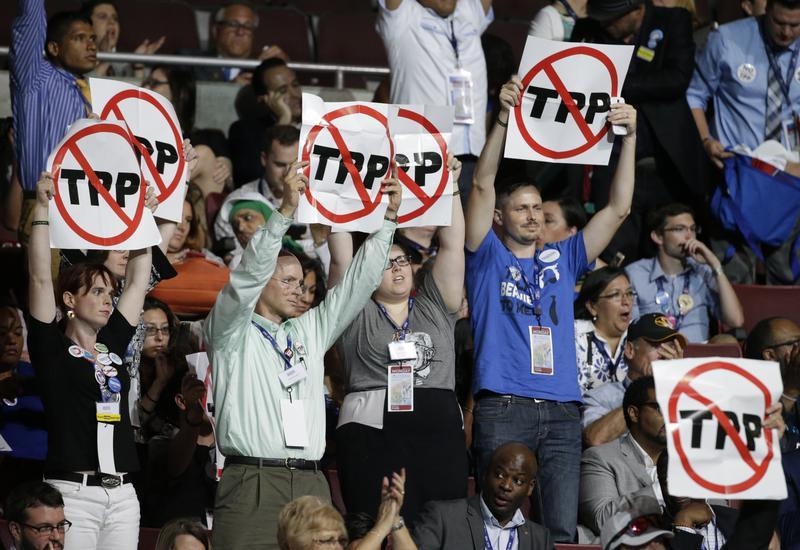 Democrats are making the pact a bigger issue at their convention than even Republicans did at theirs. Team Clinton has been pushed to voice opposition. Specific ideas on how to fix TPP, however, are in short supply. The uproar also overlooks a real issue for workers: technology.

McAuliffe told MSNBC that Clinton would only move forward on the agreement if the changes she wants are implemented. He had previously said the former secretary of state supports the deal, but would make some minor changes.

Clinton's rival for the Democratic nomination, Senator Bernie Sanders of Vermont, opposes TPP as does Republican presidential nominee Donald Trump. Both men have said the deal and other trade agreements hurt American workers.