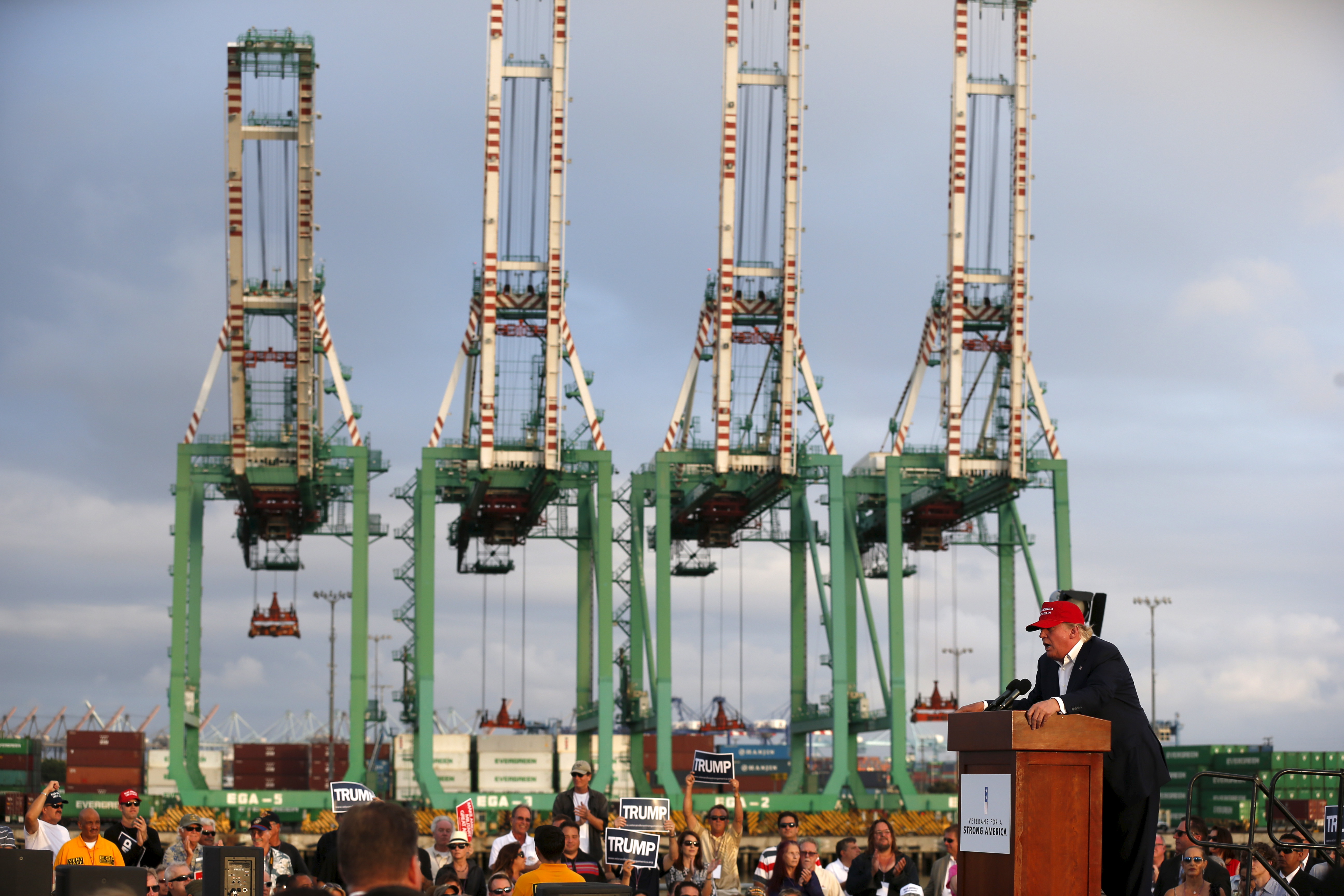 The pace of U.S. economic expansion slowed in Q4 to 1.9 pct. A drop in exports had a big impact, offsetting a third-quarter boost. The president wants more outward trade, but the volatility makes his 4 pct growth target a stretch even before planned import tariffs rock the boat.

U.S. GDP increased at an annualized rate of 1.9 percent in the fourth quarter of 2016, according to the initial estimate released by the U.S. Bureau of Economic Analysis on Jan. 27. Economists surveyed by Reuters expected a growth rate of 2.2 percent. In the third quarter, the pace of growth was 3.5 percent. The pace of expansion in the last quarter was hurt by a 4.3 percent annualized decline in exports in the fourth quarter, compared to a 10 percent jump in the third quarter.

However, consumer spending and investment by businesses increased. For the full year 2016, the economy grew by 1.6 percent from 2015, the slowest pace since 2011. It's the first major U.S. economic report since Donald Trump was inaugurated as the 45th president of the United States on Jan. 20.