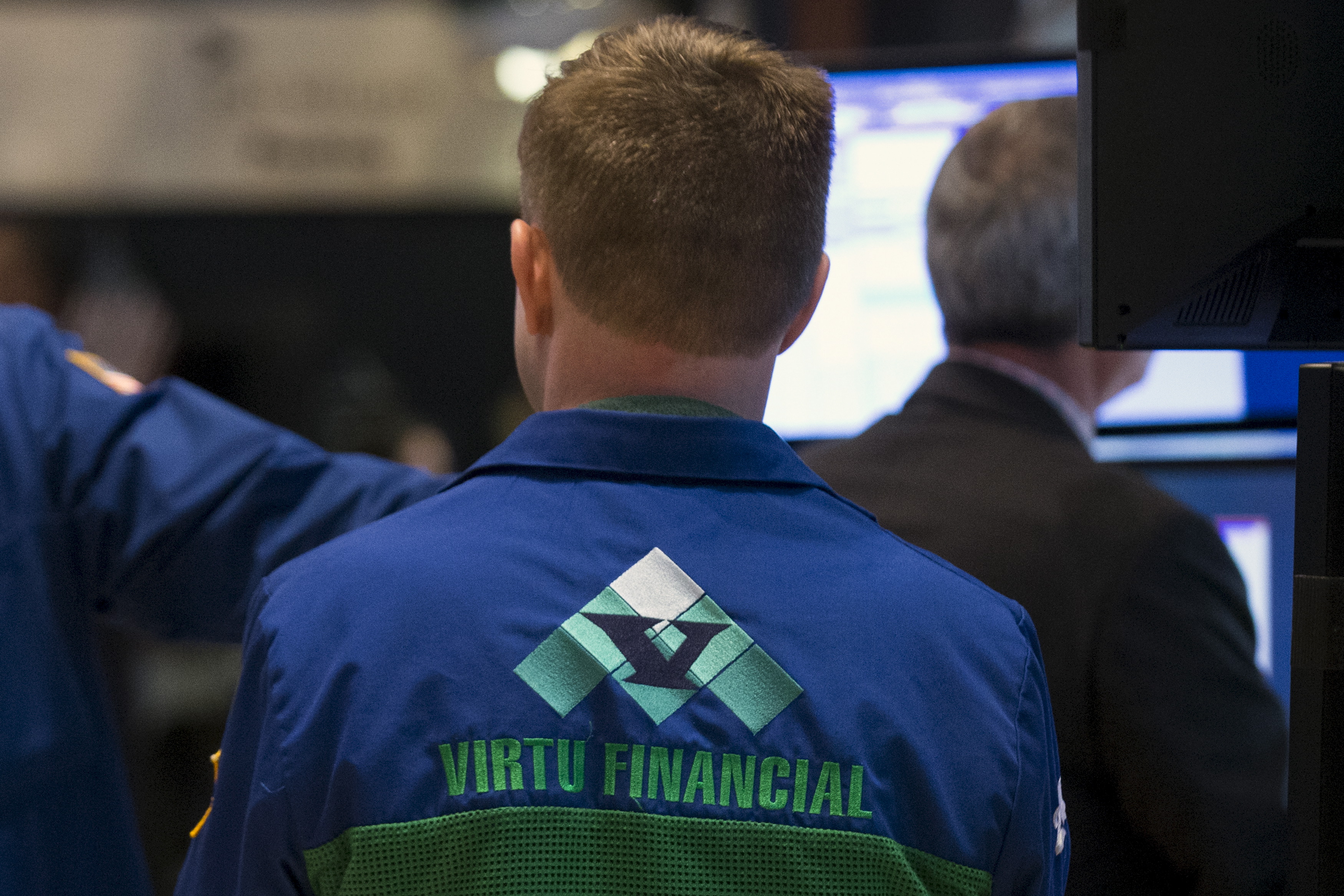 To fight the forces of low volatility and powerful technology, Virtu is offering up to $1.3 bln to buy rival KCG, itself the product of uniting Knight and Getco. If savings from that deal are any guide, it would justify the premium. Underlying pressures, however, will persist.

A Specialist trader for Virtu Financial works at a booth on the floor of the New York Stock Exchange April 16, 2015.

Virtu Financial confirmed on March 16 that it had made an unsolicited offer to buy KCG for about $1.3 billion, a day after KCG said it had received a bid of $18.50 to $20 a share from Virtu.