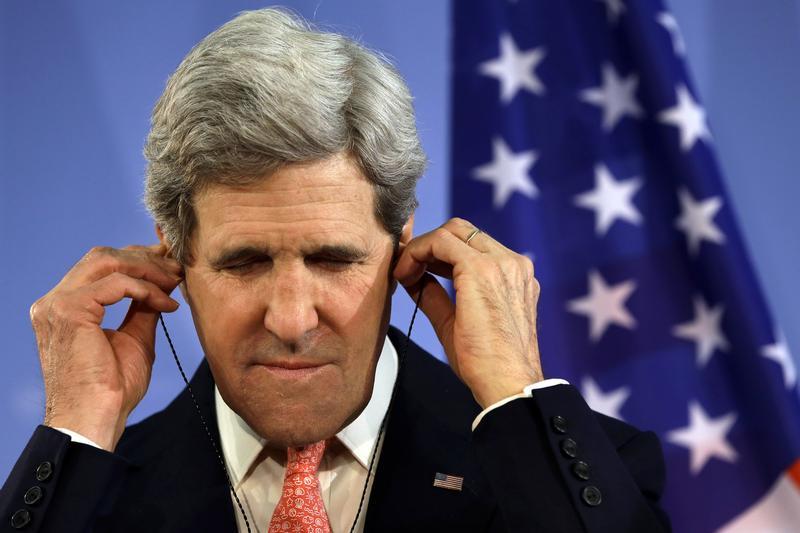 The mythical “universal speech translator” is close to being realised. Even if a truly perfect device remains years away, anything that erodes language barriers could boost global trade, tourism and investment. One day, watch out for wearable devices that also read body language.

U.S. Secretary of State John Kerry adjusts his translation earphones while listening to German Foreign Minister Guido Westerwelle (unseen) at a news conference at the Foreign Ministry in Berlin February 26, 2013.

Baidu, the Chinese search engine, has struck a deal with video streaming site Viki that would bring foreign television shows to Chinese viewers, and vice versa.

Viki combines video with subtitles sourced from a global group of volunteer translators, who number in the “tens of thousands”, according to the company’s founder, Razmig Hovaghimian. The Singapore-based company was acquired by Japanese online retailer Rakuten in September.

The deal would make available licenced shows from Turner and Cartoon Network, including the Steven Spielberg-produced “Falling Skies”.

Baidu offers video through its iQiyi platform. It acquired streaming rival PPS for $370 million in May.