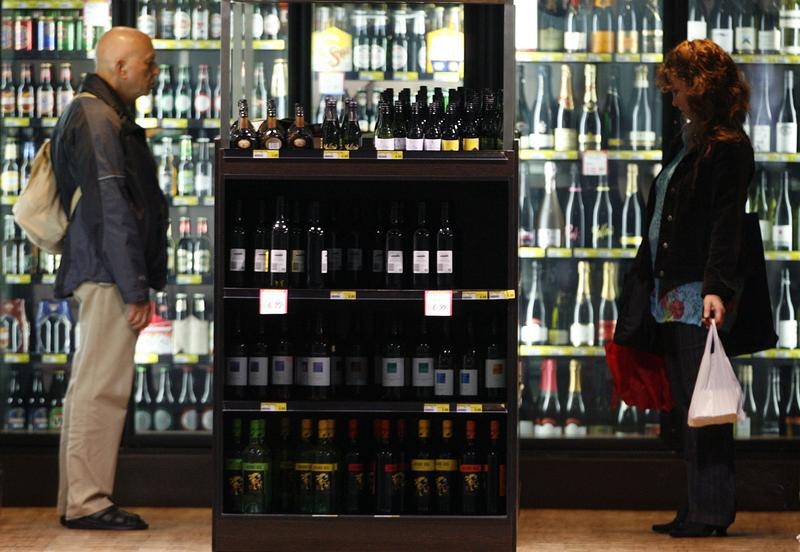 Treasury Wine has decided that a grape is worth more in the bottle than on the vine. The maker of Lindeman’s and Penfolds agreed to open its vaults after the buyout group raised a provisional cash offer to A$3.38 billion ($3.15 billion). Though the bid could yet sour, Treasury’s spell as a listed company looks like it will soon be coming to an end.

It’s unusual for private equity groups to come back after a rebuff. Treasury rejected KKR’s opening bid of A$4.70 per share in May, arguing that new chief executive Michael Clarke needed time to deliver his turnaround plan. Just over two months later, however, it has agreed to negotiate after KKR – now joined by co-investor Rhone Group – topped up its bid by an additional 50 cents per share. The latest proposal looks hard to resist. It’s at a 41 percent premium to Treasury’s share price before the first offer, and values the company at almost 24 times forecast earnings for the year to next June, according to Eikon.

There are risks to negotiating in public. Treasury will suffer if KKR finds something it does not like in due diligence and walks away. By keeping its discussions with KKR non-exclusive, Treasury can try to squeeze out a competing bid. But rival suitors have had plenty of opportunity to come forward since beer maker Foster’s decided to spin off the business in 2011.

KKR’s interest is more puzzling. However, the group has had some success turning around booze businesses, most recently with South Korea’s Oriental Brewery. Private ownership may also allow Treasury to accelerate its restructuring away from the scrutiny of public markets. Growing demand for wine from China’s expanding middle class should help in the longer run.

Treasury’s share price jumped 4 percent to A$5.15 on Aug. 4. The small discount is justified, since KKR’s conditional offer will take several months to harvest. Given the buyout group’s persistence, however, it is not surprising that Treasury’s determination to remain independent withered so quickly.

Customers look at wine bottles at a liquor store in central Sydney October 29, 2008.

Treasury Wine Estates announced on Aug. 4 that it had agreed to open negotiations with KKR and Rhone Capital after the private equity groups submitted a non-binding cash offer that values the winemaker at A$5.20 ($4.85) per share, valuing the company at A$3.38 billion ($3.15 billion).

The proposal is a 10.6 percent premium to KKR’s previous bid of A$4.70 per share, which Treasury Wine rejected in May.

The company’s board said it had decided to give the private equity group the opportunity to conduct non-exclusive due diligence.

Treasury Wine shares rose more than 4 percent to A$5.15 on the morning of Aug. 4.