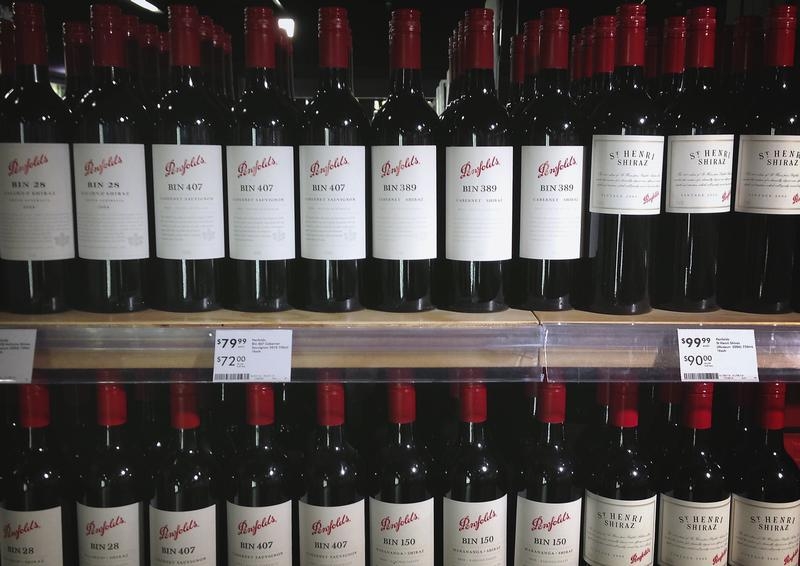 Treasury Wine Estates is toasting its turnaround with an acquisition. The world’s only big, listed, standalone producer of merlot, chardonnay and the like is buying British booze group Diageo’s U.S. and UK wine operations for $600 million. It’s the boldest step yet since the Australian company was under fire a year ago. With its shares near a record high, Treasury has justified rejecting bids from KKR and TPG.

The buyout shops took aim at the Penfolds producer barely two weeks into the tenure of new boss Michael Clarke. The onetime Foster’s unit had been a persistent underperformer since being spun off in 2011. Clarke’s predecessor was ousted after poor inventory controls at its U.S. arm led to big writedowns. KKR and TPG offered as much as A$5.20 a share, a generous 40 percent premium to the undisturbed price at the time.

Since then, Treasury Wine has found its legs. The shares were last trading 26 percent higher than the takeover offers, before the stock was halted on the deal news. The group simultaneously announced a $350 million fully-underwritten rights issue to help finance the purchase from Diageo. Clarke has shown there’s value in the unloved wine fermenting inside big international beer brewers, and that it can be extracted in full view of public investors.

By cutting costs and refocusing on premium brands over low-cost swill where customer loyalty is low, Treasury Wine’s operating margin has already improved 140 basis points to 12.2 percent in the year to June 30. It aims to generate margins in the high teens by its 2020 fiscal year. American rival Constellation Brands’ wine and spirits performance suggests that’s achievable.

More than anything else, though, buying Diageo’s wine expresses a sign of confidence. A price equivalent to 7.9 times EBITDA, excluding synergies, is far lower than the typical multiples paid for winemakers. That’s primarily because Treasury Wine is paying for U.S. fruit, where its growth has been constrained by lack of supply, more than it is Diageo’s low-cost brands like Blossom Hill and Piat D’or. They may well be packaged up and sold with other bits, as Treasury Wine continues to find new ways to celebrate drinking alone.

Bottles of Penfolds wine are on sale at a wine shop in central Sydney August 4, 2014. Australia's Treasury Wine Estates, which owns the Australian wine maker Penfolds, said on Monday it had received a revised conditional takeover bid from Kohlberg Kravis Roberts & Co LP and Rhone Capital LLC and would grant the bidders access for due diligence. Treasury said KKR had raised its bid by 10.6 percent to A$5.20 per share from the A$4.70 it offered in April, now valuing the world's second-largest winemaker at A$3.38 billion ($3.15 billion). REUTERS/David Gray

Australia’s Treasury Wine Estates said on Oct. 14 that it would acquire the bulk of Diageo’s U.S. and UK wine operations for $600 million.

The world’s biggest standalone wine maker also announced a fully underwritten rights issue to raise about A$486 million ($350 million). Treasury said it would fund the acquisition with half debt and half equity.

The transaction includes a cash payment of $552 million to Diageo and the assumption of capitalized leases of $48 million. Treasury said it expects to deliver $25 million of annual cost synergies before the fiscal year ending 2020.

The maker of Penfolds wines will add Sterling Vineyards, Blossom Hill, and Piat d’Or to its portfolio of brands, immediately doubling the net sales revenue from its “luxury and masstige” business in the United States.

In September 2014, Treasury Wine terminated due diligence with two private equity suitors over a potential takeover, saying it was apparent that the bidders were not able to support a transaction on terms and at a price acceptable to the board.

KKR and Rhone Capital had jointly made a non-binding offer to pay A$5.20 a share for the company. TPG matched the offer, according to a Reuters report at the time, citing an unnamed source.

Treasury’s shares were subject to a trading halt as of midday local time in Sydney. The shares closed at A$6.57 before the announcement.